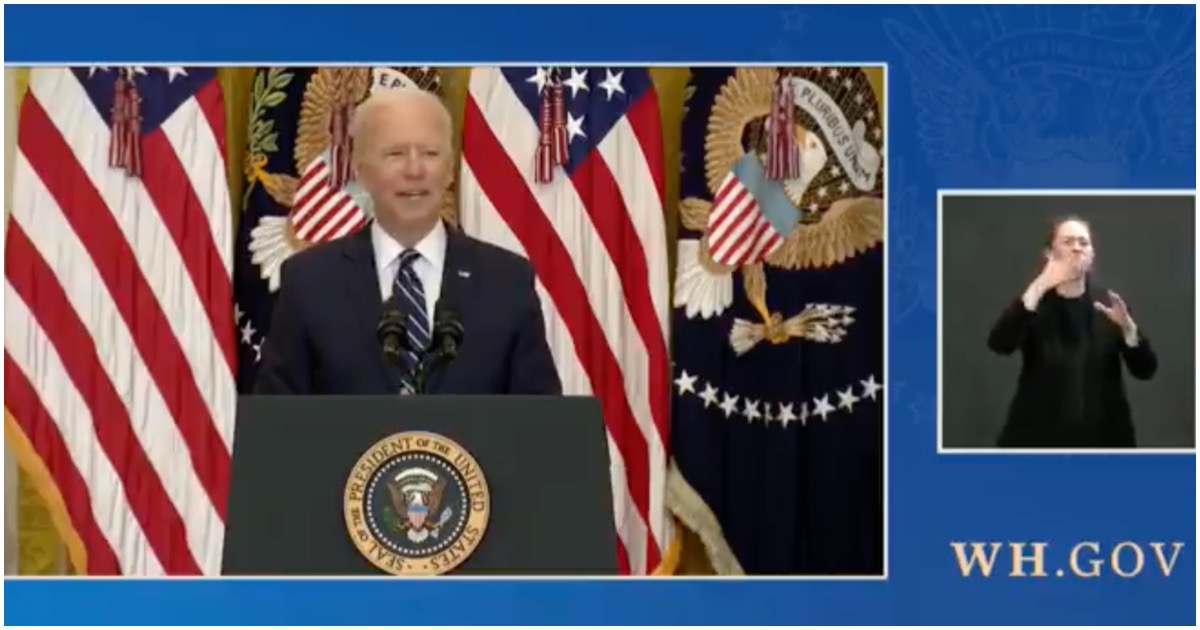 The following article, Biden Not Positive Republican Party Will Exist In 2024, Says He Will Run for Re-Election, was first published on Flag And Cross.

If you are one of the few people remaining in America today who doesn’t think Joe Biden is unfit to serve as president of the United States, his first press conference as POTUS should’ve swayed you.

The whole thing was scripted. Joe had notes in front of him the entire time.

His lack of transparency on nearly every single issue may already place him firmly on a list of the 10 worst presidents of all-time.

When asked about 2024, Joe said he would seek re-election. But he also said more.

President Joe Biden chuckled at the idea of possibly running against former President Donald Trump again in 2024, questioning in response whether there would even be a Republican Party by then.

“Oh, come on,” Biden said, lowering his voice with a grin. “I don’t even think about, I have no idea. I have no idea if [there’ll even be] a Republican Party.”

After saying he would run for re-election, Pres. Biden says when asked again by CNN's @kaitlancollins

"I've never been able to plan four and a half, three and a half years ahead for certain… I've become a great respecter of fate in my life." pic.twitter.com/AAsPuyHmCA

"The whole thing was ridiculous. You know it and so do I." pic.twitter.com/6y3UuECNKg

Some people are feeling sorry for Biden.

I have no sympathy for Joe Biden. He was a do-nothing Senator for 47 years and a pathetic VP. He is a corrupt and dishonest old geezer deserving of all the criticism he gets.

And now, Joe Biden and Kamala Harris want to hide the absolute disaster they’ve created on the border from the American people. https://t.co/COuhHUvm7X

Joe Biden Now: We won't let you take picutres of the kids we put in cages.

The Hunter Biden Gun Story: This One Should Be Hard to Make Go Away https://t.co/Oqq9eMH1C2

Continue reading: Biden Not Positive Republican Party Will Exist In 2024, Says He Will Run for Re-Election ...