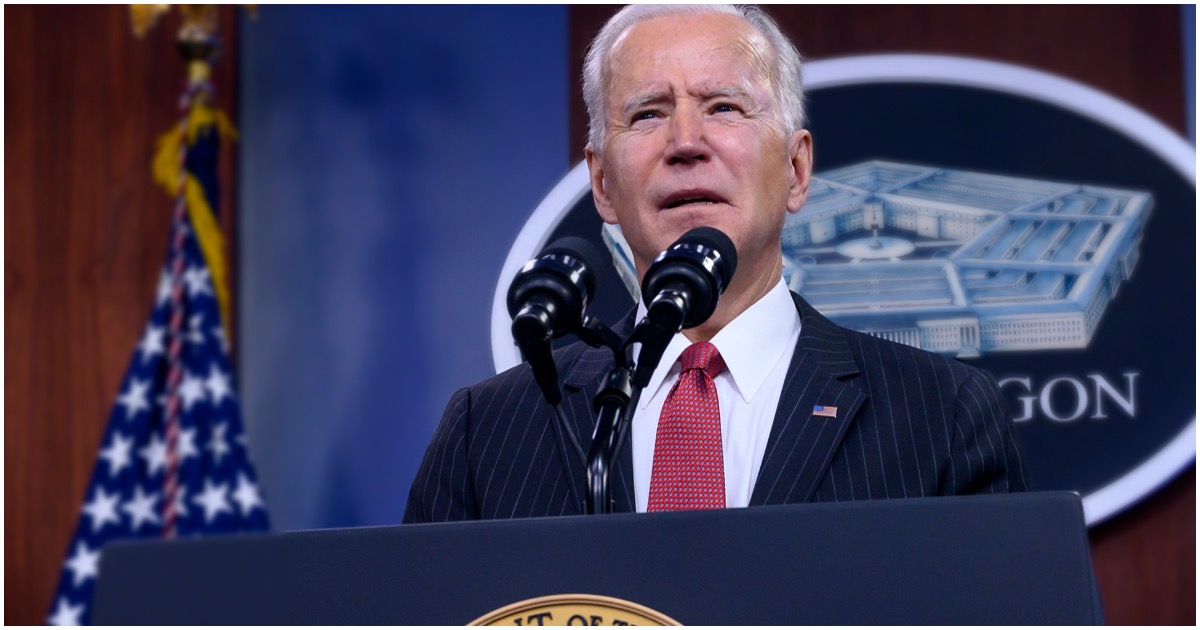 The following article, Biden: I’m ‘Flattered’ Illegals Are Rushing Border Because They Think I’m ‘A Good Guy’, was first published on Flag And Cross.

Joe Biden proved, beyond all reasonable doubt, that he is in no position to be the most powerful man in the world based off of his first press conference. He was pretty much reading from a script the whole time; his notebook.

Trump didn’t do that when he spoke with the press.

This guy is a trip!

President Joe Biden made false claims about his border crisis during Thursday’s press conference while also snarking that he “should be flattered” that massive waves of people are illegally flooding the U.S. southern border “because they know Biden’s a good guy.”

Biden’s remark came after left-wing PBS reporter Yamiche Alcindor claimed the surge in illegal immigration was due to “the perception of [Biden] that got [him] elected as a moral, decent man.”

He said, “Well, look, I guess I should be flattered people are coming because I’m the nice guy. That’s the reason why it’s happening, that I’m a decent man or however it’s phrased, that that’s why they’re coming, because they know Biden’s a good guy.”

President Biden claimed today that the US "is sending back the vast majority of the families that are coming" and that they are "not getting across the border."

"That was not true in February, which is…the last month for which we have a full month's data," says CNN's @ddale8. pic.twitter.com/LZpuQsYRHx

And 80-plus million people voted for this dude, huh?

A dunce cap should be awarded to every single one of then!

Oh boy! Our Country is in a world of trouble, Big Time!! Its only going to get worse with these crooks in charge!!!

I don’t think they said you were a great guy. I think they said they like you because you don’t have a backbone and they can milk Americans for every cent while you are in office doing nothing for the American People! Congratulations JB you win number one Moron!

No, joe, those illegals are flooding the country because a fool/senile-old man sent them a message that with a biden in control, America was for the taking, along with lots of free stuff, all paid for by the Americans paying taxes.