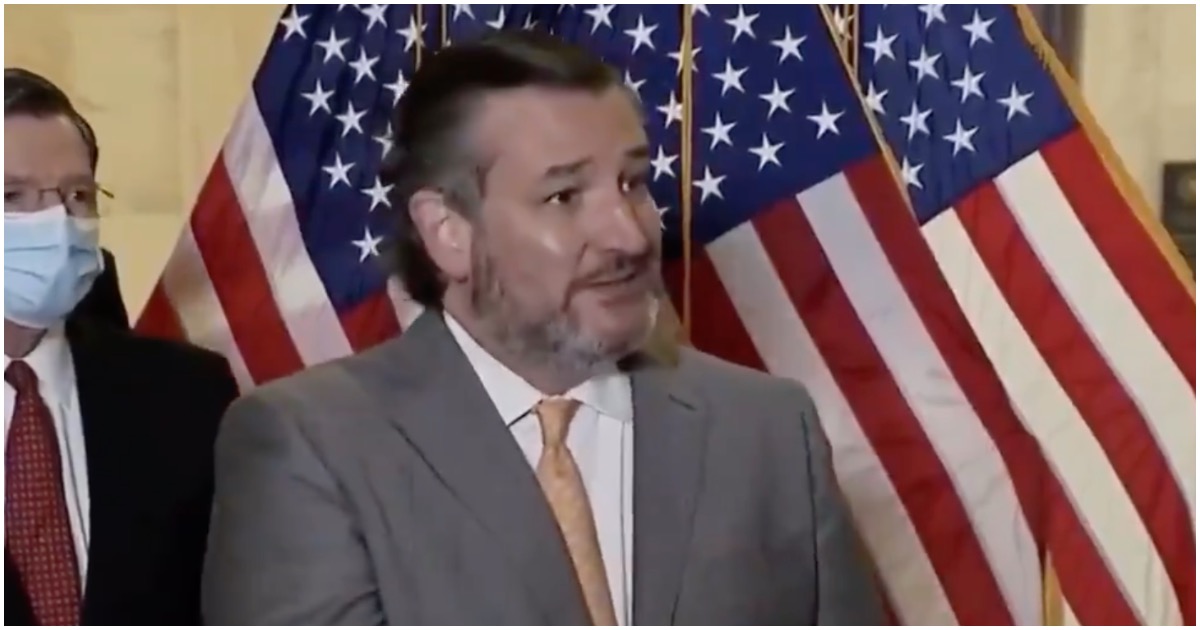 The following article, WATCH: Reporter Asks Ted Cruz to Wear A Mask, So He Tells Him to ‘Step Away’, was first published on Flag And Cross.

Texas Senator Ted Cruz is a very, very smart man. He’s one of those people who has forgotten more about American laws and history than most people will ever know.

On Wednesday, a mainstream media reporter asked Ted to wear a mask before speaking.

Ted did the right thing.

REPORTER: “Would you mind putting on a mask for us?”

CRUZ: “Yeah, when I’m talking to the TV camera, I’m not going to wear a mask. All of us have been immunized.”

CRUZ: “You’re welcome to step away if you’d like.” pic.twitter.com/0d0rvz0OAJ

It would make the reporters “feel better” if Cruz wore a mask, even after he made clear that he has been immunized? Unreal, man.

These liberals suffer from a devastating lack of common sense that hurts every American citizen on a daily basis.

Thank you for taking a stand, Senator!

Continue reading: WATCH: Reporter Asks Ted Cruz to Wear A Mask, So He Tells Him to ‘Step Away’ ...

Liking Sen Ted more every day. He was my 2nd choice behind Trump in the 2020 primary.