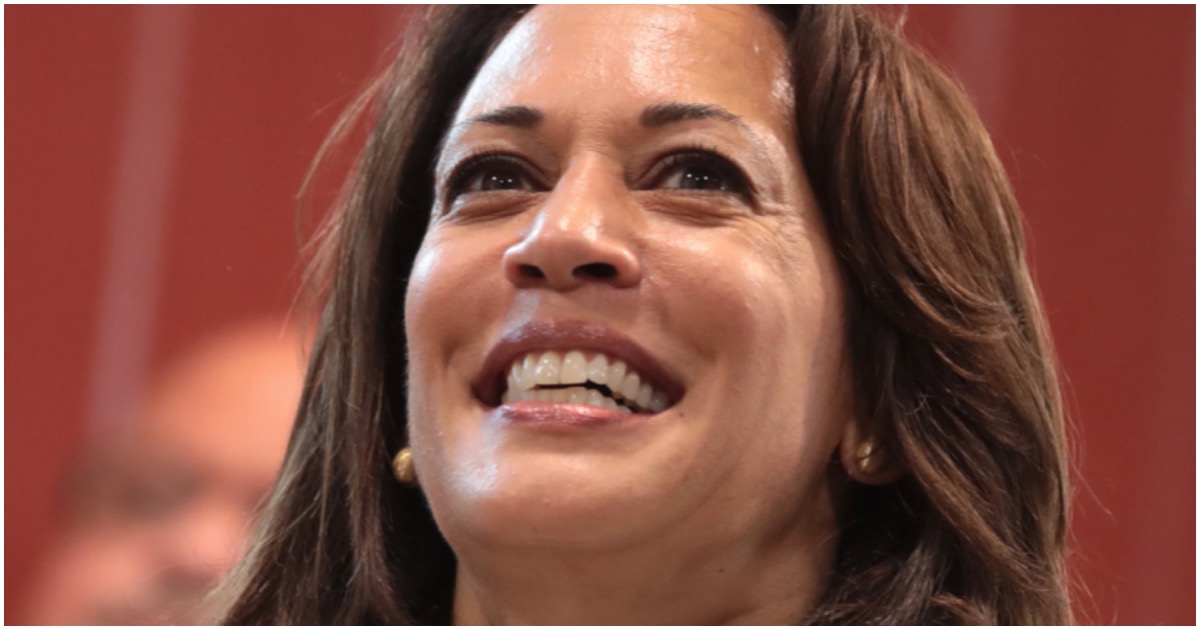 The following article, Biden Appoints Kamala Harris to Fix Border Crisis, But She Once Likened ICE to the KKK, was first published on Flag And Cross.

Joe Biden’s policies on immigration have created a catastrophe at the border, as we all knew they would. President Trump did a very solid job in cleaning up the mess left behind by Obama, but Biden was determined to make sure illegals entered the country at will (ensuring future Democrats votes for generations).

Now, Kamala Harris is going to oversee the problem.

Another brilliant idea from Joe.

Vice President Kamala Harris, whom President Biden tapped to lead the administration’s response to the border crisis, once indicated she was in favor of decriminalizing illegal border crossings and sparked backlash in 2018 when she compared ICE to the KKK.

Harris generated outrage in 2018 when she attempted to convince former Immigrations and Customs Enforcement (ICE) Acting Director Ronald Vitiello to compare the agency to the KKK.

“Are you aware of the perception of many about how the power and the discretion at ICE is being used to enforce the laws and do you see any parallels [with the KKK]?,” she said.

Biden announces he’s tasking VP Kamala Harris with leading efforts with Mexico and the Northern Triangle on the border surge.pic.twitter.com/7lSEMSbN9l

I respectfully ask US Customs and Border Protection to stop blocking media access to their border operations. I have photographed CBP under Bush, Obama and Trump but now – zero access is granted to media. These long lens images taken from the Mexican side. @CBP #gettyimagesnews pic.twitter.com/cWa90TlfeS

There’s no modern precedent for a full physical ban on media access to CBP border operations. To those who might say, cut them some slack – they are dealing with a situation, I’d say that showing the US response to the current immigrant surge is exactly the media’s role.

Photographing Border Patrol agents and immigrant encounters can and has been done respectfully without interfering with operations. Regardless, @cbp public affairs exists to work with media.

And Pandemic restrictions are not a valid excuse to block physical media access, especially to operations that are outside. There are easy alternative options to media ride-alongs. @cbp

Showing the difficult and important work of @cbp agents in the field, while also photographing immigrants in a dignified way are not mutually exclusive endeavors. Transparency is key, even in a politicized environment. @DHSgov

The photographs in this tweet string were taken with a telephoto lens from across the border in Mexico. Until now, US photojournalists haven’t needed to stand in another country to photograph what’s happening – in the United States.

The vast majority of river crossings by asylum seekers happen on federal land in south Texas’ Rio Grande Valley. The federal govt. controls access to those areas. The Border Patrol has been removing journalists who enter, including recently myself, CBS, others. @cbsmireya

Continue reading: Biden Appoints Kamala Harris to Fix Border Crisis, But She Once Likened ICE to the KKK ...

The idiot appoints the slut to screw things up.