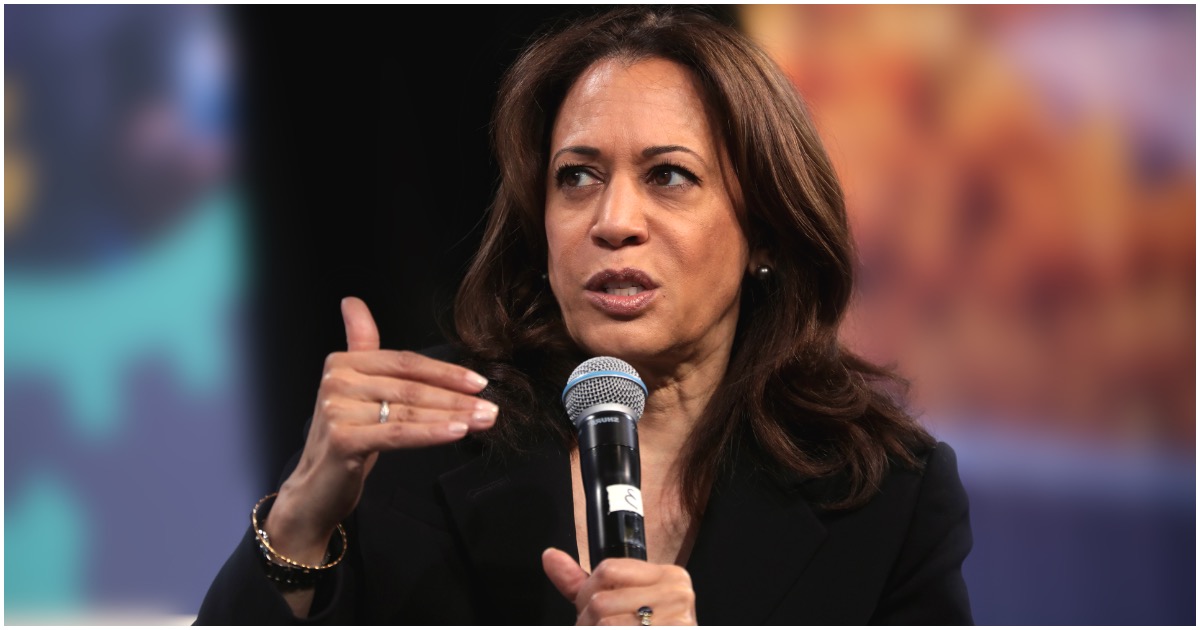 The following article, VP Kamala Harris Will Speak At Event That Has Ties to Noted Anti-Semite Louis Farrakhan, was first published on Flag And Cross.

Giving Kamala Harris the title of “vice president” just doesn’t sound right. We’re talking about a woman who was the side chick to a California mayor; a woman who became arguably the second most powerful human in the world by accomplishing little to nothing over the course of her political career.

Even though the White House fired a few staffers for admitting to smoking pot back in the day, everybody seems to forget that Kamala once admitted to smoking weed in her youth. Why were the staffers shown the door but Kamala is praised by the MSM?

This current administration has only been in office for two months, but it feels like years already.

Vice President Kamala Harris is set to go “one-on-one” with former President Bill Clinton this week during an event about “empowering women and girls.” Harris is also reportedly set to speak at a separate event that has ties to an anti-Semite who has praised Louis Farrakhan and refused to affirm Israel’s right to exist.

Politico reporter Christopher Cadelago, who specifically covers the vice president, wrote on Twitter: “Kamala Harris will go one-on-one with Bill Clinton on Friday to talk about the impact of COVID-19 on women, and empowering women and girls in the U.S. and around the world as part of a Clinton Global Initiative event.”

The woman laughing and clapping after Cora Masters Barry says, “Fuck the white women” before quickly saying, “Forget the white women” is who is organizing the event @KamalaHarris is speaking at tomorrow. pic.twitter.com/XqKPC9pkKG

Online, most of the criticism that Harris faced came over her alleged speaking slot with Clinton with many people pointing out Clinton’s long history of allegedly abusing women and his ties to notorious child sex trafficker Jeffery Epstein.

"I believe her," Harris told CBS.

“I believe them, and I respect them being able to tell their story and having the courage to do it,” Harris told reporters at a presidential campaign stop in Nevada on Tuesday.

Yet she’s going to sit down with @BillClinton ?!? https://t.co/RQCtTi4ibs pic.twitter.com/g2h9z7LRkZ

Biden-Harris. What have we done??

The thing is:: I DON’T COTTON TO HAVING MY NAME CLOSE TO ANY DEMOCRAT LIBEALS names BECAUSE I AM die in the wool conservate . Those who got elected are not my people they are some call him uncle joe biden well he dam is sure not my uncle nor is his mate.. .