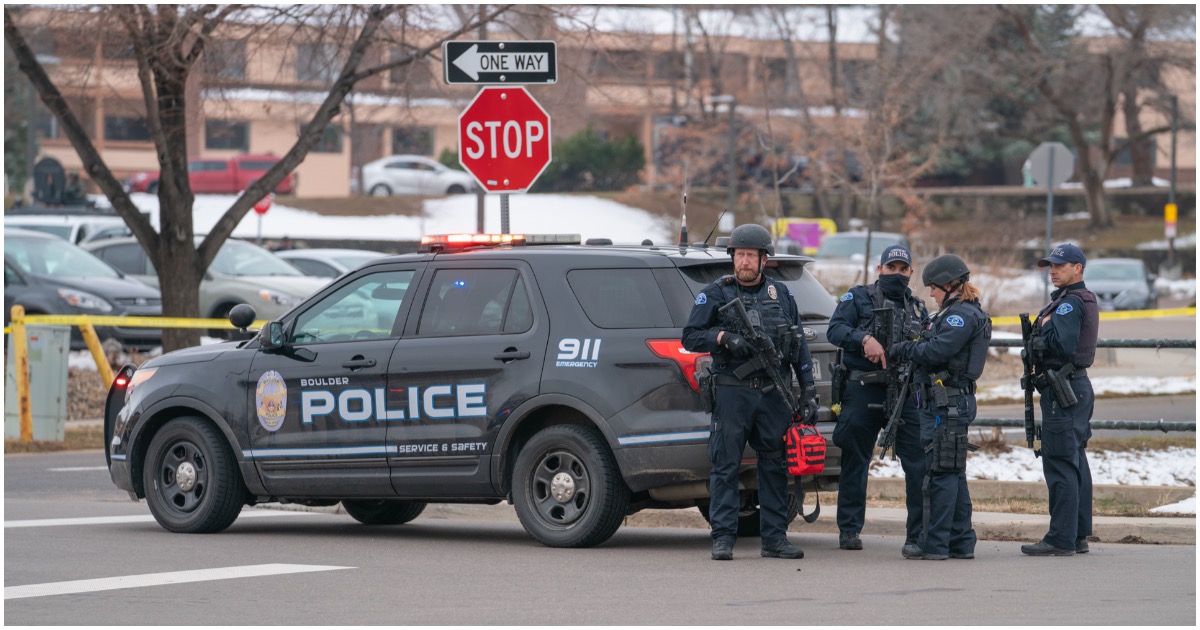 Joe Biden immediately called for gun control in the hours following the mass shooting at a Boulder, Colorado grocery store. He promised during the 2020 race that he would look to ban “assault rifles,” so this event may be the one that pushes lefties over the top.

A day after 10 people were murdered, the suspect has been identified.

Here’s the scoop, via Heavy:

Ahmad Al Aliwi Alissa is a 21-year-old Colorado man who was identified as the suspect in the mass shooting at a King Soopers grocery store in Boulder that left 10 people dead, including Boulder Police Officer Eric Talley.

Alissa was born in Syria and spent most of his life in Colorado, he wrote on Facebook. He wrote about Islam on social media and said “Muslims might not be perfect but Islam is.” According to court documents, Alissa bought a Ruger AR-556 semi-automatic rifle on March 16, days before the shooting. Police said in an arrest affidavit Alissa did not say anything to officers at the scene, but did ask for his mother. According to police, Alissa stripped off his clothes inside the store and was bleeding from his leg when he was arrested. The rifle, a handgun, body armor and his clothes were strewn about where he was taken into custody along with a substantial amount of blood, according to the arrest affidavit.

Another terrorist ‘brought’ to America? Appears that America doesn’t have enough home-grown criminals, as the dems continue to bring in more from enemy countries.

WE import many our own killers and in some cases we even train them. We have not forgotten the 911 terrorists or the government that allowed this to happen.