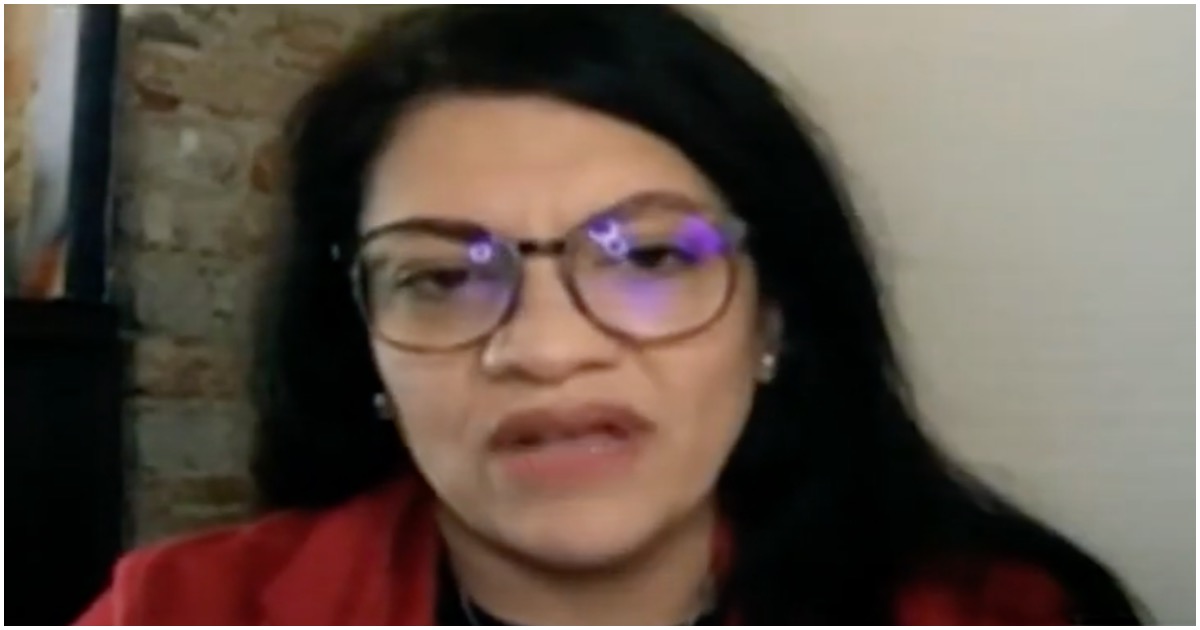 The following article, Rashida Tlaib Likens Those Who Oppose Washington DC Statehood to Slave Owners, was first published on Flag And Cross.

We haven’t heard much from Tlaib, Omar, or AOC recently. Obviously, that is great news for the country. The more “the squad” speaks, the dumber America looks as a whole to other nations.

In case you weren’t aware, some lefties think it would be a great idea to make Washington DC the 51st state. Why, you ask? Because if DC becomes a state, it means they get two senators and multiple representatives.

If you live in Michigan and voted for Rashida, how much money do you spend each week on weed?

Tlaib could walk into the National Archives building, bust open the glass that encases the Declaration of Independence, rip it to shreds in front of the on-duty guards, and even then, still, the mainstream media would make it seem as if she was a person who loves her country.

Rep. Rashida Tlaib (D., Mich.) recently met with a controversial pro-Palestinian organization that has encouraged violence against Israel, justified the use of terrorism against the Jewish state, and has called for the kidnapping of Israeli soldiers, according to online postings on social media.

Tlaib, who has been under fire for her hatred of Israel and support for the anti-Semitic Boycott, Divestment, and Sanctions movement was pictured meeting with members of the Palestine Youth Movement during the Arab Texas Festival held recently in Dallas. The PYM organization is known for its vitriolic rhetoric against Israelis and Jews and has been caught in the past glorifying the leaders of anti-Semitic terrorist organizations.

Tlaib’s interaction with the group is unlikely to come as a surprise to the pro-Israel community, but is further evidence of her willingness as a member of Congress to associate with some of the most radical and fringe anti-Israel groups.

Congresswoman Rashida Tlaib with members of the Palestine Youth Movement at the Arab Texas Festival of Dallas. [Photo by @PYM_USA] pic.twitter.com/tdsy35kXSa

An absolutely stunning moment from a member of Congress this morning.

Sure wish that creature would wear the mask.