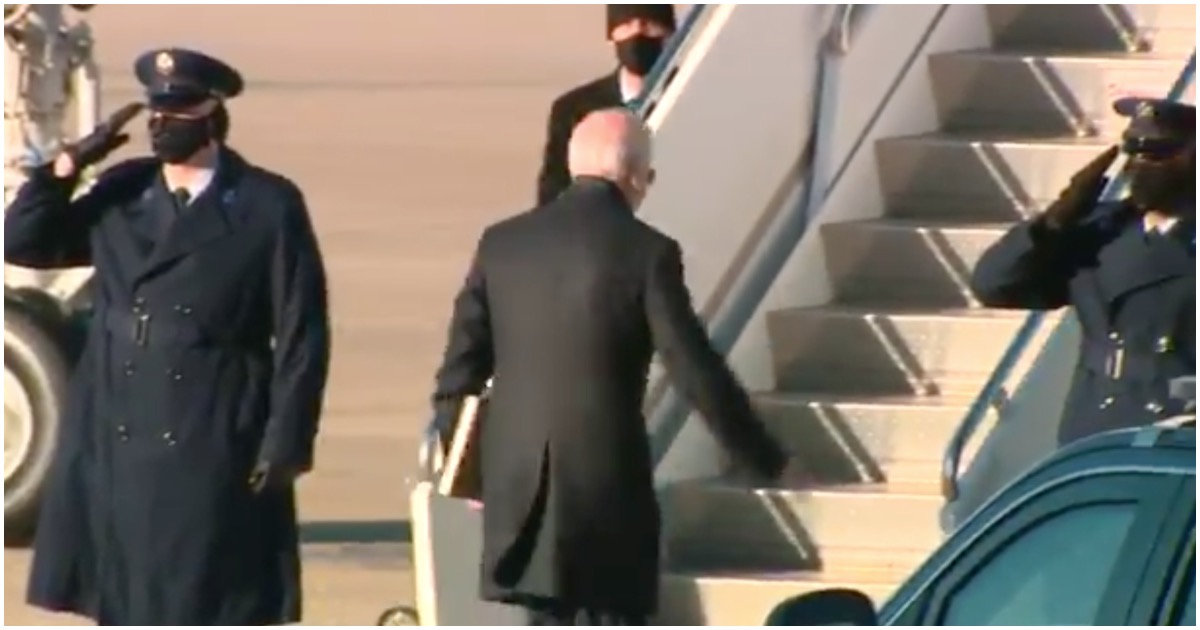 President Trump slowly walked down a wet ramp in dress shoes on a rainy day, and the MSM made it seem as though the guy had a major problem. They wouldn’t let him stop hearing about it for a good while.

But Joe Biden literally stumbles multiple times walking up the stairs of Air Force 1 and the media tries to look the other way.

The thing is, this isn’t the first time Joe had an issue on the stairs – and it probably won’t be the last.

And here’s the fall seen ’round the world…

And the excuse the White House gave? It was windy outside, they said.

Because that’s a good excuse, right? The wind knocked over the most powerful man in the world? Unless it was gale force winds, that is just a flat-out lie.

WH deputy press secretary @KJP46 tells reporters on AF1 that Biden is doing fine after stumble. "It was very windy. I almost fell coming up the steps myself. He is doing 100 percent," she said. “He’s doing fine. He’s preparing for the trip just fine.” via pooler @robcrilly https://t.co/OHpbWc5elj

I know folks have seen that President Biden slipped on his way up the stairs to AF1, but I’m happy to report that he is just fine and did not even require any attention from the medical team who travels with him.  Nothing more than a misstep on the stairs.

Wasn’t biden heard ‘bragging’ about how he could run up those stairs? Oh, but then he likely cannot remember back that far?

Not his first misstep.

Biden with the white face diaper and the black sun glasses hook like Claude Reins in “The Invisable Man”.