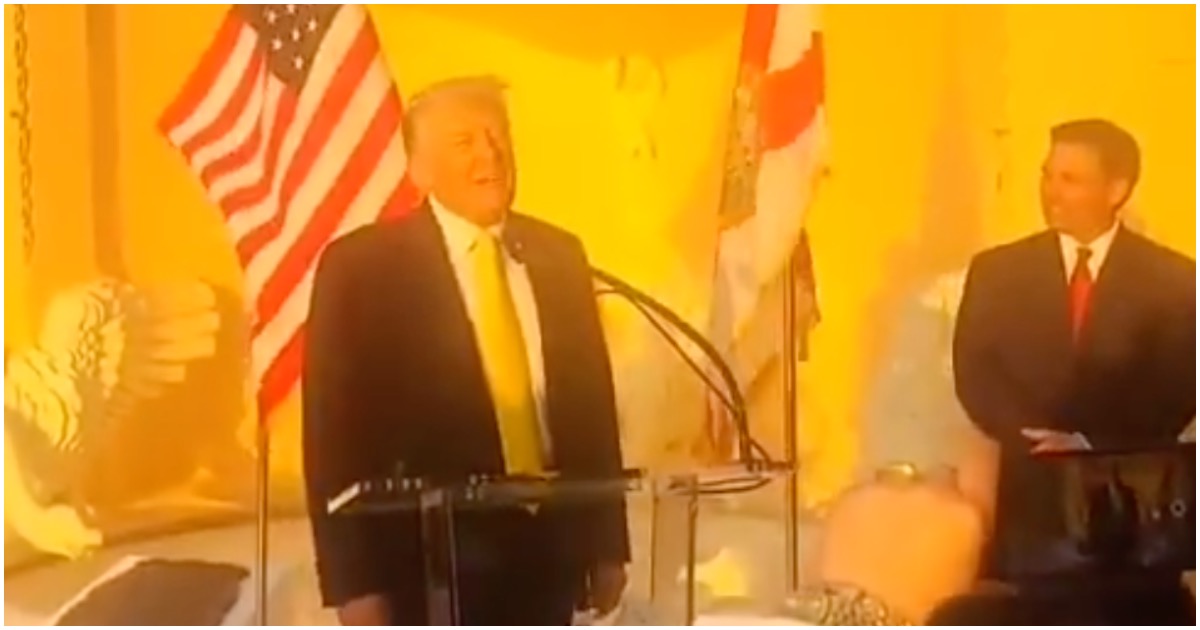 The following article, President Trump After Watching Clip of Biden Tripping on Stairs: ‘I Didn’t Lose to Him’, was first published on Flag And Cross.

No matter what he accomplishes during his time in the White House (which obviously won’t be much of anything) Joe Biden will forever be remembered as the feeble, demented old-man who fell walking up the stairs.

You know, that, as well as being the overly-touchy guy.

What a legacy Joe will leave behind.

Former President Donald Trump mocked President Joe Biden on Friday for having fallen while climbing the stairs to Air Force One.

Here’s the falling of Joe video, once again…

I remember the press bashing Trump for touching the rail once. Biden falls repeatedly but I’m sure he’s the picture of health. No wonder all our enemies are pouncing simultaneously and mocking him publicly. pic.twitter.com/R1qN9DDHFW

"I'm a great respecter of fate, I realize anything can happen to anybody at any age, any time. But I promise you I would not be running unless I was in very good health." pic.twitter.com/Qjjgl4BN68

Continue reading: President Trump After Watching Clip of Biden Tripping on Stairs: ‘I Didn’t Lose to Him’ ...

And when 7 out of 9 supreme court justices took the fifth, they sold America.