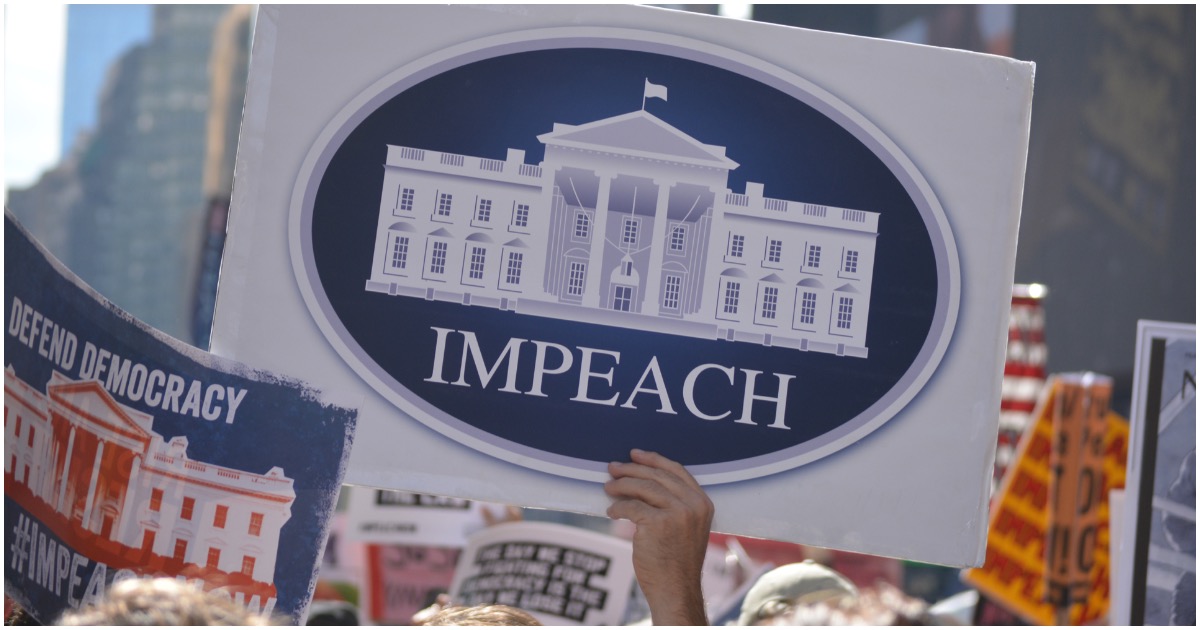 The following article, Which Would be Worse: Impeachment or Removal of the President by 25th Amendment? (Opinion), was first published on Flag And Cross.

I have thought long and hard about the title of the commentary and how it may anger many people, but making people angry is not a reason not to publish my thoughts. As a current events commentator, I have written perhaps 400 commentaries. Most often. I try to write about things that might make people stop and think about the possibility of the commentary’s subject matter.

In my lifetime, I have seen three of the four impeachments in American history. I have never seen a political party try to use the 25th amendment to remove a President. Let’s take a moment and look at the language of the 25th.

I believed that no vice president would ever begin such proceedings because the President’s Cabinet officers are appointed and the President could always fire the Cabinet members who went along with such a movement—throwing the entire effort into chaos. The amendment calls for an “Other Body,” which was never established, to attest to the President’s fitness to serve. It has been suggested that the makeup of the “Other Body” be four psychiatrists, four medical doctors, and two retired statespersons (such as former presidents)—one from each party. These ten members would elect a chair. Thus, the commission would be completely bipartisan and contain the opinions of non-politicians.

One only has to look at the process to understand why it would be so disruptive to our country and has never been done before, but things are different now. The House issued a bill of impeachment of a private citizen and the Senate conducted a trial of a former President. Both actions were clearly against the Constitution, so what would be the scenario that would cause Vice-president Harris to seek a vote of the cabinet to declare that the President is not fit from a mental capacity standpoint to govern and must be replaced?

She would have to decide that the party’s agenda is in jeopardy and that President Joe Biden and his competency is in question. It would not be a single event but a series of statements and actions by the President that would have the American people and those in Congress questioning his actions and losing confidence in the President’s ability to perform his job.

Here are three events in the first 2 months in office that are raising red flags in the American people’s minds, and they are speaking out where they substantially disagree with President Biden.

Second, 75% of likely voters support Voter ID Laws. Thirty-six states have enacted some form of voter ID law, but those laws would be nullified if the Senate approves H.R. 1, which passed the House on a party-line vote. Critics say H.R. 1 “would force states to allow anyone to vote who simply signs a form saying that they are who they claim they are.”

Third, Biden has created an international incident that has caused the Russian Government to withdraw its ambassador in response to President Biden calling Putin a “Killer.” We have the President of the United States attacking another nation’s leader having been in office less than three months. I believe that many foreign leaders are trying to figure out what he is thinking, calling Putin a “Killer”?

I have no doubt the President Biden’s handlers are nervous that he is going into a press conference next week, and they don’t know how he will react at the podium trying to answer questions. If he does poorly at the news conference, look for the rumblings that we can’t take the risk of letting him continue.

I believe he can fight off critics for a while, but if he hides out in the White House, the rumbles will increase, and you will hear two stories develop. One is that Biden will resign for the good of the country, and the other is that, if he refuses, Harris will enact the 25th amendment. The mainstream media will be asking the question, “What is wrong with President Biden?”

Continue reading: Which Would be Worse: Impeachment or Removal of the President by 25th Amendment? (Opinion) ...

You must mean ‘which would be better’. The dems in the majority would not impeach ‘their’ president but will likely eject old china-joe using the 25th amendment so they could then make harris the president and she would then bring in some other worthless dem as the VP.

We are in Trouble either way. we don’t need kamie as president and nancy as VP

REMOVAL BY THE 25TH AMENDMENT