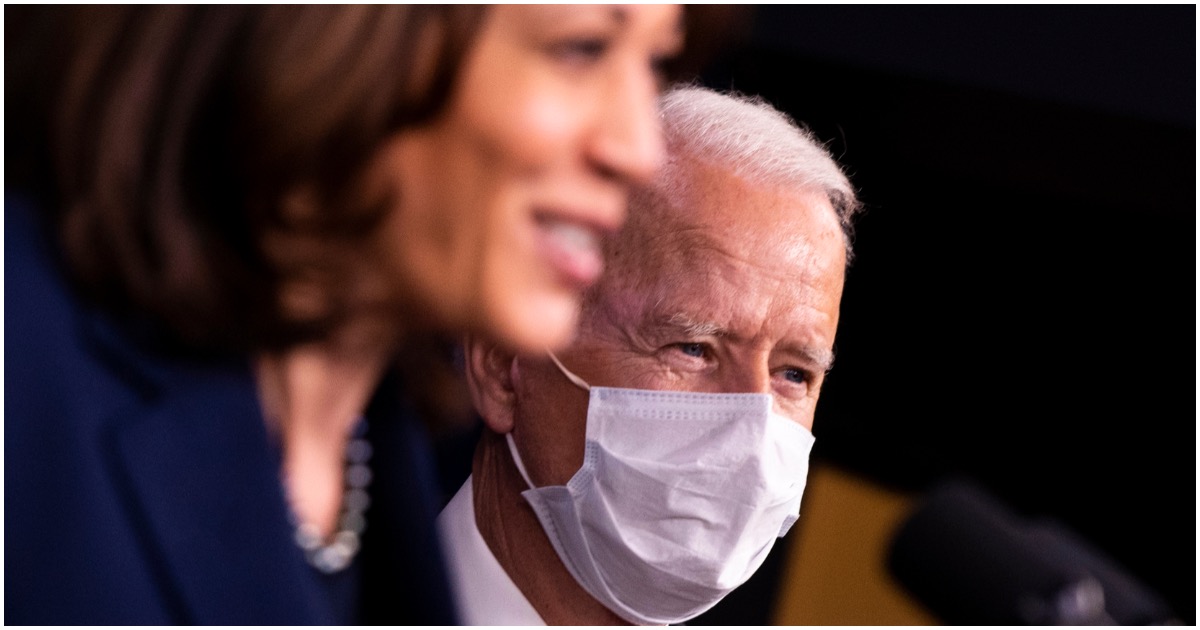 The following article, Kamala Harris Is ‘President’ According to Joe Biden’s Latest Gaffe, was first published on Flag And Cross.

Joe Biden’s presidency is already a fairly unique one, and that’s without reading between some of the very obvious lines that are out there.

Biden was convinced to run for president, it wasn’t his conviction that led him back to Washington. The Democrats believed that he was the only candidate out there who would be a surefire winner against Donald Trump, and so they lured Biden out of retirement to accomplish the task.

The former VP has even stated plainly that he won’t seek second term, either, which further reiterates the idea that he’s playing the role of placeholder.

Now, Biden has referred to his Vice President, Kamala Harris, as the Commander in Chief.

President Biden misspoke in a speech Thursday offering updates on an update on vaccination progress in the U.S., referring to his vice president as “President Harris.”

“When President Harris and I took …” Biden said, before momentarily pausing, “a virtual tour of a vaccination site in Arizona not long ago, one of the nurses on that tour injecting people, giving vax each shot, was like administering a dose of hope.”

At the same time, the president announced the administration would achieve its goal of 100 million vaccines administered in 100 days on Friday, the 58th day of the new administration. At this point, Biden said, 65% of people aged 65 and older have received at least one dose of a Covid-19 vaccine.

And this wasn’t the first time.

The president has made such gaffes before. In December he mistakenly referred to Harris as “president-elect,” also during a speech on Covid-19 vaccines. “I took it to instill public confidence in the vaccine. President-elect Harris took hers today for the same reason,” Biden said.

Harris herself has made a similarly confusing mistake, having referred to a “Harris administration” during past remarks.