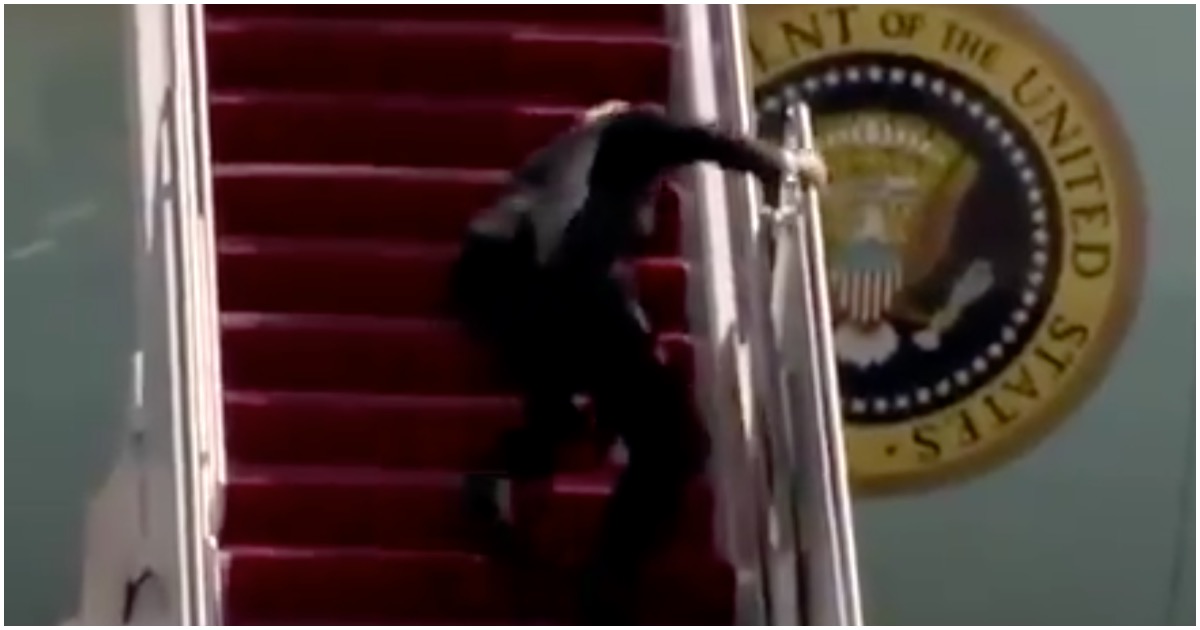 The following article, Biden Stumbles Multiple Times Walking Up Stairs of Air Force One (WATCH), was first published on Flag And Cross.

What this shows the world is that America is weak. Iran, North Korea, Russia, they’re all thinking that Joe Biden is a beta male soy boy who is far too old to be in charge.

And they are right, unfortunately.

If President Trump tripped walking on the stairs, it would be headline news for months. But since Joe did it, expect the MSM to change the subject very quickly.

Know why Joe fell? The wind knocked him over! Because that’s a good excuse, right?

She told reporters aboard Air Force One:

'It's pretty windy outside. It's very windy. I almost fell coming up the steps myself. He is doing 100 percent'https://t.co/6GIwCG2xME

Biden previously bragged about his ability to climb stairs. So it’s fair game. Someone should ask him about this at his press conference. pic.twitter.com/HdGt7NzcIV

Remember when Hillary took a tumble?

Oh, yeah, and that other time Hillary took a tumble…

Suppose that video of old china-joe stumbling all the way up the stairs is getting big play on TV in china, russia, n. korea, iran, all the countries that hate America and prior to 2021 also feared America?