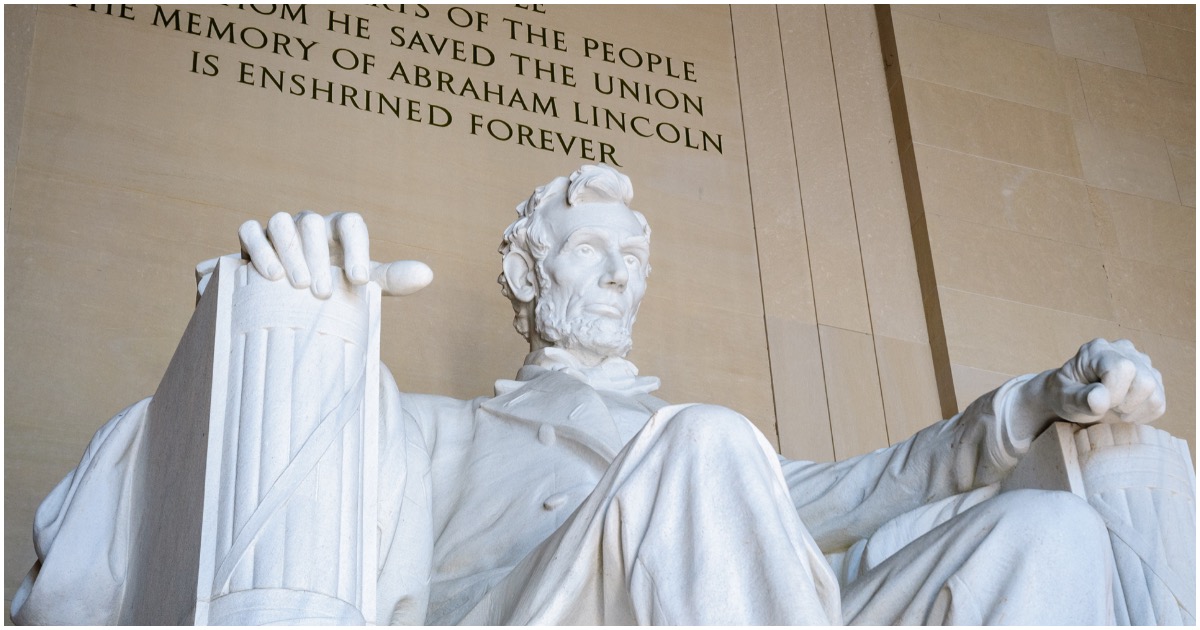 The following article, Flashback: College Kids Call for Removal of ‘Anti-Black’ Abraham Lincoln Statue From School, was first published on Flag And Cross.

*Originally published June 2020* President Trump must be a psychic because he can often call things out before they happen. Not too long ago, POTUS said radical leftists would soon be coming for statues of Founding Fathers and other men who played an integral part in forming the greatest nation that ever existed.

Some students at the University of Wisconsin are demanding a statue on campus of former President Abraham Lincoln be taken down.

.@UWMadison Chancellor @beckyblank's statement on call to remove Pres. Lincoln statue on campus. She says the university believes "deeply in justice and equity for all people" & says they are in talks for Ho-Chunk land acknowledgement, but they think the statue should stay. pic.twitter.com/8vwXZTDSCX

In Washington DC, a number of people were talking a stand for the 16th president…

Descendant of man in Emancipation Statue DESTROYS Libs trying to tear it down: "STOP DESTROYING OUR HISTORY"

Wow.
Worth a listen. pic.twitter.com/3PA88p93ND