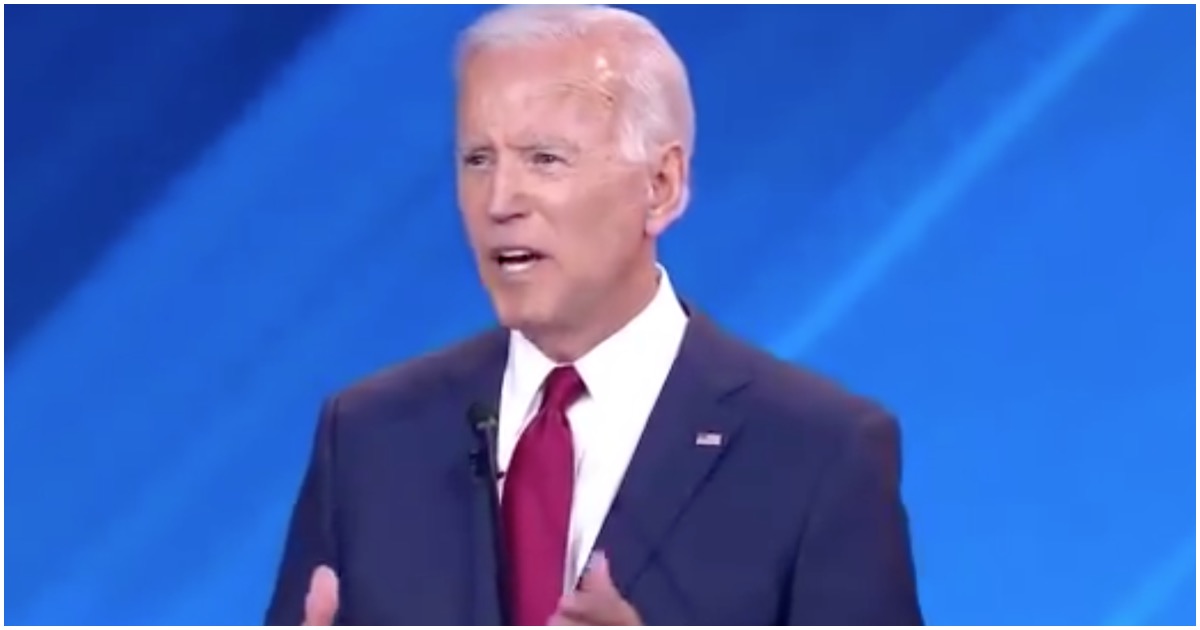 The following article, Biden Openly Encouraged Illegals to ‘Surge to the Border’ At First Democrat Debate (Watch), was first published on Flag And Cross.

Everybody knew that electing a Democrat to the White House would mean weak border security. That was always a given. But the way Joe Biden is going about keeping Americans “safe” is beyond the pale.

In fact, Joe openly encouraged illegal aliens to head to the border if he was elected president.

Now, Biden is forced to backtrack.

In fact Joe Biden lied about it yesterday to ABC News, suggesting he never told anyone to come and now he’s telling them ‘don’t come’, don’t leave your homes’:

And look at this…

CBS News has learned that 13,000+ unaccompanied minors are being held in U.S. custody for an average of 120 hours, far longer than the 72 hours allowed by law.

More migrants are attempting to cross into the U.S. now than in the past 20 years, according to @DHSgov Sec. Mayorkas pic.twitter.com/zEmm4YzI03

And this is merely the beginning. With the dems/biden now in ‘control’ the entire world knows that they can merely walk into America and tap into what Americans have been paying into their entire working lives, and millions will be coming. Goodbye America.