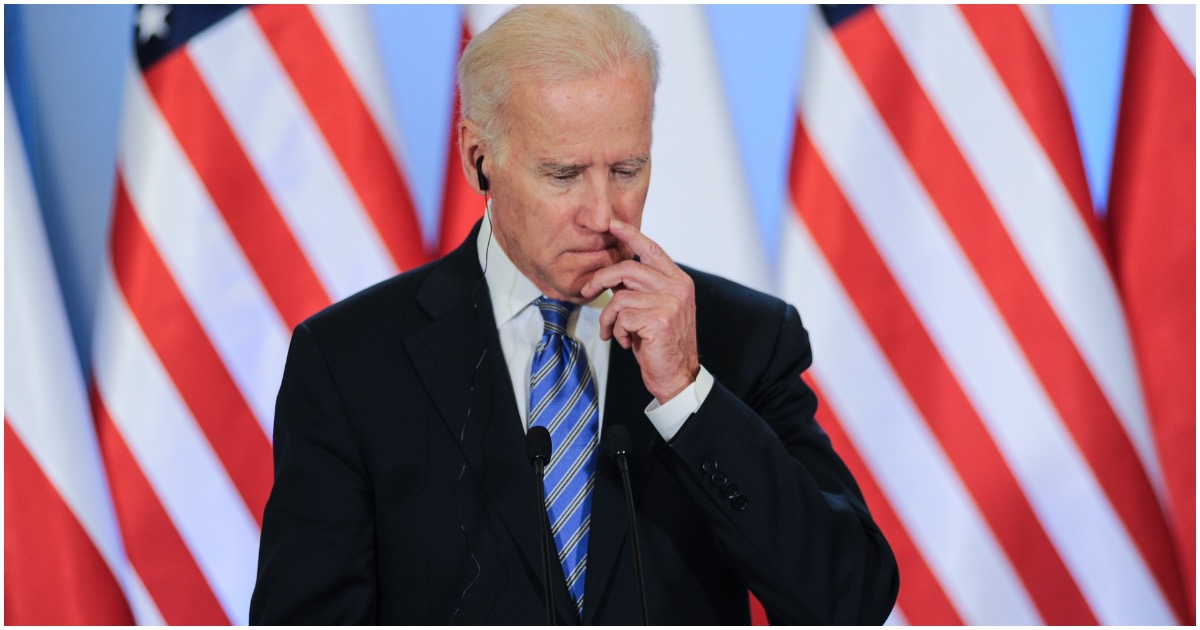 The following article, Biden’s Own DHS Now Admits Illegal Border Crossings Are On Pace to Break Records [Details], was first published on Flag And Cross.

This is what happens when you put a beta-male in charge of the country. They think they have all the answers, when in reality they have no clue what the deal is.

Here’s the latest example of how badly a job Joe Biden is doing in the White House, via Fox News:

Homeland Security Secretary Alejandro Mayorkas on Tuesday said that the U.S. is on track to encounter more migrants than it has in the last 20 years, as he defended the administration’s approach to a border surge that he described as “difficult” — but again fell short of calling it a crisis.

“The situation at the southwest border is difficult,” Mayorkas said in a lengthy statement. “We are working around the clock to manage it and we will continue to do so. That is our job. We are making progress and we are executing on our plan. It will take time and we will not waver in our commitment to succeed.”

About those four people on the terror watch list, via Axios:

The Customs and Border Protection agency confirmed to Congress today that four people arrested at the southern border since Oct. 1 match names on the FBI’s Terrorist Screening Database, a congressional aide briefed on the correspondence told Axios.

Why it matters: Three of the people arrested were from Yemen and one was from Serbia. The four arrests are more than the number of similar people taken into custody during recent full fiscal years, according to the source. In fiscal 2018, six people from Yemen and Bangladesh were arrested.

We’ve seen what just one terrorist can do, far too many times. Four of them trying to enter the country is a bit much.

Actually they haven’t been denying the increasing problem, only ignoring.

It’s only a crisis if the republicans had done it. If these illegals can be convinced to vote republican they will be shipped out of here so fast😂😂