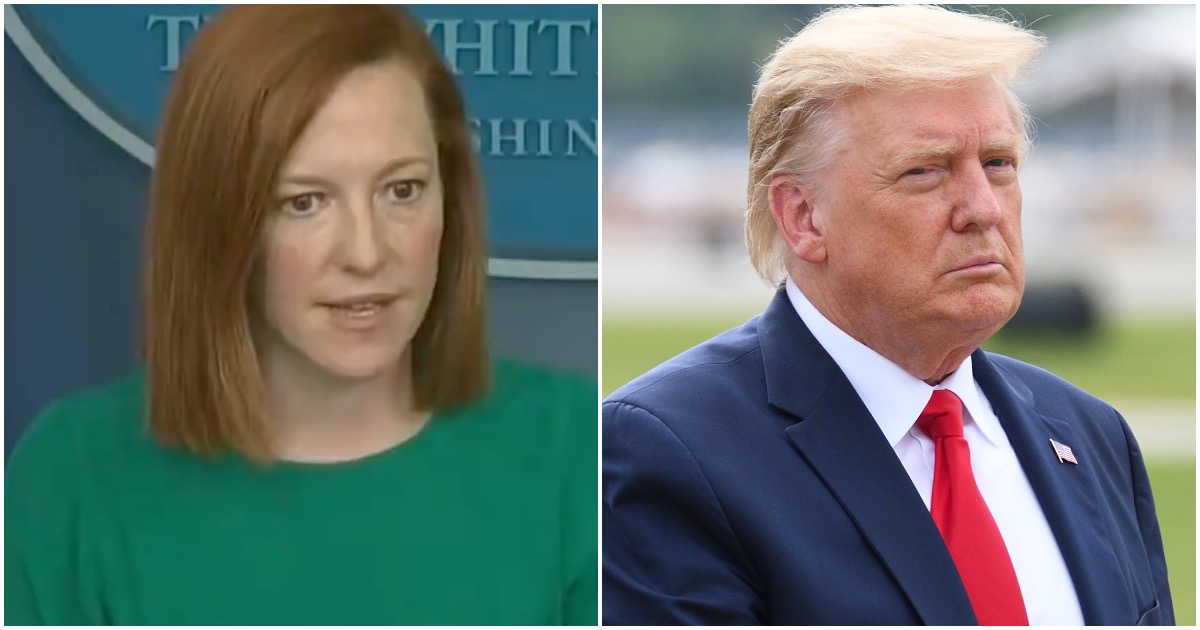 The Empire of Japan attacked at Pearl Harbor in 1941 because of Donald Trump. Sure, the former president wasn’t even born until 1946 – but it was still his fault.

Vietnam, 9/11, the rise of the Third Reich, Kurt Cobain’s suicide, Michael Jackson’s overdose – all Trump. The man is a monster!

I heard a rumor that Trump was the shooter on the grassy knoll, too.

When pressed, Psaki said: “We are trying to work through what was a dismantled and unprepared system because of the role of the last administration. It’s going to take some time, but we are very clear-eyed about what the problems are, and very focused on putting forward solutions.”

Even Yamiche Alcindor is calling out the Biden White House for inhumane conditions forced upon children at the border (hungry, sleeping on floor, can't go outside). Jenn Psaki spins as best as she can and tries to blame President Trump. This is despicable spin and transparent. pic.twitter.com/3qesGhhPFn

These dem/liberal must be so unintelligent that they/she doesn’t realize that it’s old china-joe now living in the whitehouse and that it’s now ‘his’ responsibility, not past-President Trump. Likely those same dems will be blaming Trump for the dem agenda mistakes for as long as they hang on to office.