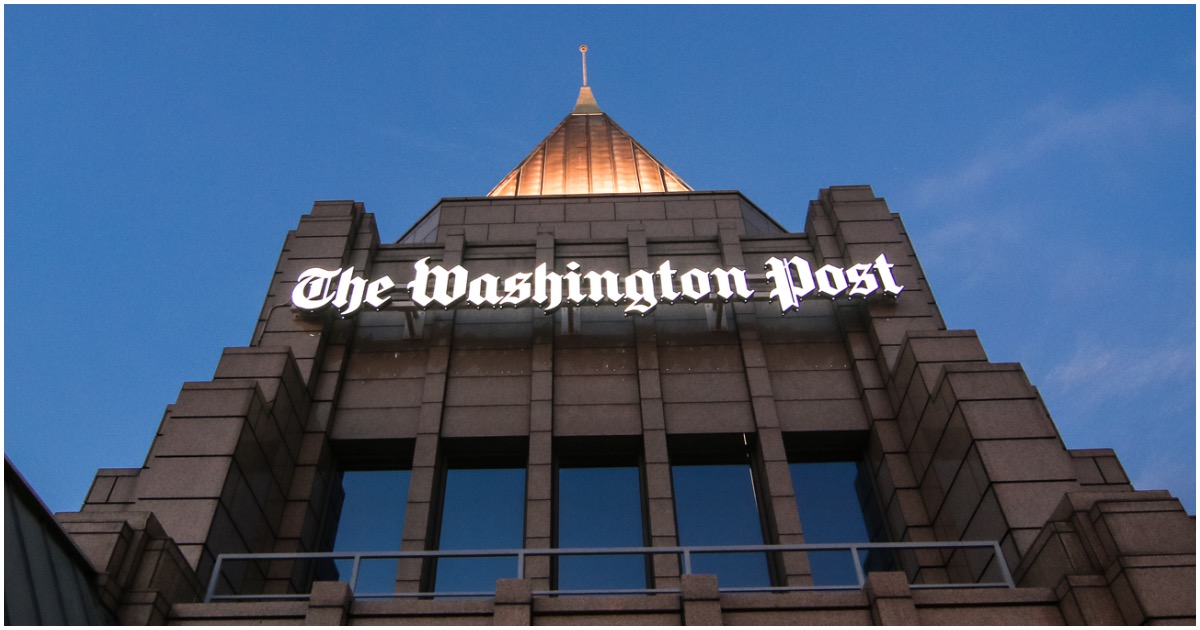 The following article, Fake News WaPo Report May Have Cost GOP the Senate, Trump Responds with Fiery Statement, was first published on Flag And Cross.

This correction from The Washington Post, two months after the fact, goes to show just how corrupt the radically far-left mainstream media has become in the United States.

This is so bad that it may have literally cost Republicans control of the Senate and the ability to hold Joe Biden in check.

The Washington Post is now admitting that they were wrong about a phone call in which they accused Trump of telling Georgia officials to ‘find the fraud’, a huge story the media scandalized to suggest Trump was asking Georgia to invent fraud so he could win or something.

The @washingtonpost issued a major correction to a story that had quoted former Pres. Trump telling a Georgia election official to “find the fraud”, after audio of the phone call was released.

According to the correction and revised story, Pres. Trump did not say that. pic.twitter.com/l1W0UHrQux

The Secretary of State’s office secretly recorded the conversation, mischaracterized its contents to The Washington Post and then attempted to delete the recording. It was recently discovered in a laptop “trash” folder as part of an open records search.

Here’s more on the story…

Officials in the Georgia Secretary of State’s Office located a recently released recording of former President Donald Trump‘s call to a state investigator in a trash folder on her device, a state official familiar with the situation confirmed to CNN.

The discovery of the call comes after state officials originally told CNN that they did not think audio of the call existed. The call added to the examples of Trump’s extraordinary efforts to push false claims of widespread voter fraud and influence Georgia election officials as they certified the state’s election results. 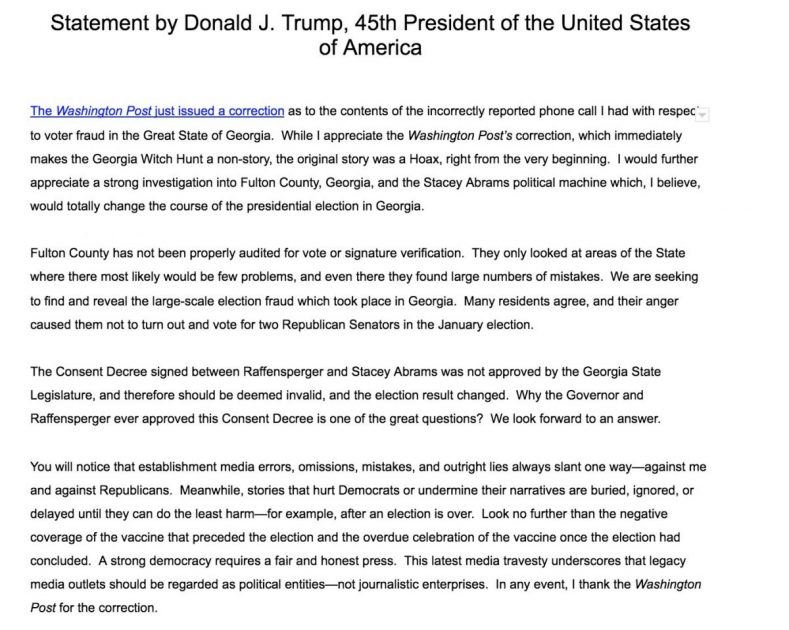 And lastly, what we see here is that these big media publications know that their liberal subscribers don’t care if they screw up like this, as long as the net effect was that it hurt Republicans. They will keep reading and subscribing with no consequences. Just don’t let it happen to a Democrat.

This is a pretty big deal, but the left won’t care – not one bit.

Doubtful that the fake-news media actually cost the republicans the election as who listens to their lies. Would believe that a lot of voter fraud ‘chose the winners’.

Hey doubtful tom s, you probably would not believe Democrats, the media, or silicon valley lies either; but they do.