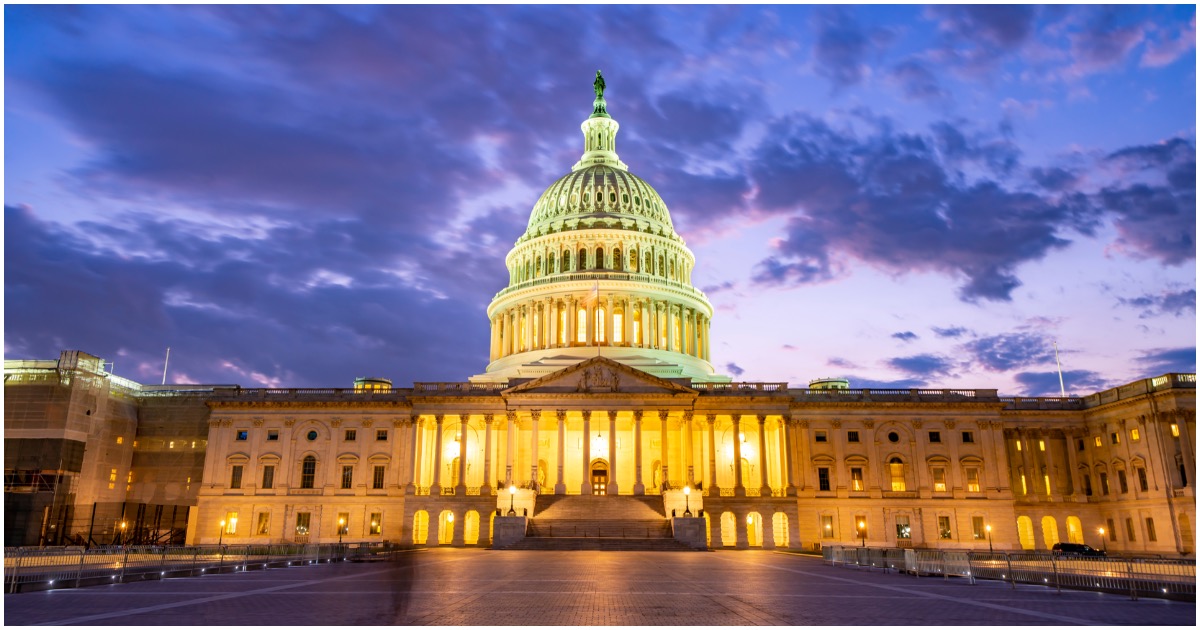 The following article, DAVIDSON: Why Public Figures Serve & How They Become Compromised, was first published on Flag And Cross.

In today’s toxic political environment, why does anyone choose to serve in government? Most people presumably run for office to achieve one or more goals. These could include serving the public good, achieving fame and positive notoriety, and obtaining more personal power.

At the county and local level, some individuals run for elected office with a primary goal of becoming more widely known, as opposed to merely getting elected. Attorneys, accountants, bankers, entrepreneurs, and service providers who’ve run for office have long since discovered that campaigning, in and of itself, is an effective form of public relations and promotion.

Go for the Gold

Some people run for U.S. Congress with a specific cause in mind. Even in those cases, progress towards other goals is still a factor. It’s certainly acceptable both to serve a constituency and to gain some recognition — two goals that contemporary professionals often pursue.

Politicians with even the best of intentions when they first assume office, alas, can run afoul in many ways. Three traps, among many others, that are most insidious include cronyism, profiting from insider knowledge, and capitulating to the mainstream press. Let’s look at each of these three traps.

Suppose you’re newly elected to Congress. You’re excited. You want to do well. You want to ensure that your constituency is represented to the utmost degree. Many people along the way, undoubtedly, have helped you. And, that is where temptation lies. Certain individuals might ask for favors. Or, you will feel beholding to some people, even if they have not asked for favors.

When the opportunity arises to award a contract or benefit a vendor, the natural propensity of human beings is to favor who they know, who they like, or who those with whom they are familiar. As such, objective criteria might suffer, such as who can do the best job, who has submitted the best proposal, who has a proven track record, and who can we absolutely rely upon time and time again.

In U.S. history, from newly elected state senators to presidents, reliance upon cronies has come back to haunt politicians. This was the case with Presidents Jackson, Grant, Harding, Hoover, Johnson, Clinton, W. Bush, and Obama, among others. Critics will claim that Trump belongs on the list, but not thus far, by historical comparison, while Biden is a prime candidate

Politicians are privy to information that the rest of the population is not. They learn about impending trade deals, state or regional economic plans, and international relations. Politicians and public figures must tread carefully: How one and one’s family benefits, as a result of the insider knowledge, invariably becomes public at some point.

Two contemporary politicians, exposed by the same investigative author, have so egregiously flouted the norms of the respective positions, one wonders why they are still held in high esteem. Hillary Clinton, as U.S. Secretary of State, unceasingly traded on her position to bolster the finances of the Clinton Foundation and of her family. This has been exhaustively documented in the book, Clinton Cash, by Peter Schweizer.

Another politician, and four members of his family, has benefitted extensively over several decades from insider knowledge and influence peddling. His name is Joe Biden. Profiles in Corruption, also by Peter Schweizer, documents how the Biden family has profited enormously during Joe’s 47 years in Washington. Whether you’re on the Left or the Right, it is difficult to find fault with Schweizer’s sources and conclusions.

Capitulating to the Mainstream Press

Politicians and public figures lose their way via capitulation to the mainstream press. Our society is over-saturated by media. The mainstream media leans decidedly left, and hounds politicians and government officials who lean right, at least from the day each person assumes office. Senator Mitt Romney (R-UT), perhaps always a RINO, is chief among GOP politicians who capitulate to the Left-wing press.

John Roberts, Chief Justice of the Supreme Court, is another example. Roberts’ conservative views increasingly have been moderated over the years as a result of the relentless pounding he endures from The New York Times, The Washington Post, ABC, NBC, CBS, NPR, and numerous other media outlets. Steadfast and determined individuals, committed to their ideals, such as Justice Samuel Alito and Justice Clarence Thomas, do not succumb to the constant pressure of the press.

Can politicians and public figures on the Left be unduly influenced by media outlets on the right? Presumably, but it rarely happens. The Right doesn’t enjoy the massive media clout that the Left has enjoyed for more than 75 years. And the Left, which once subtly enforced a strict code of ideological compliance, is not so subtle anymore.