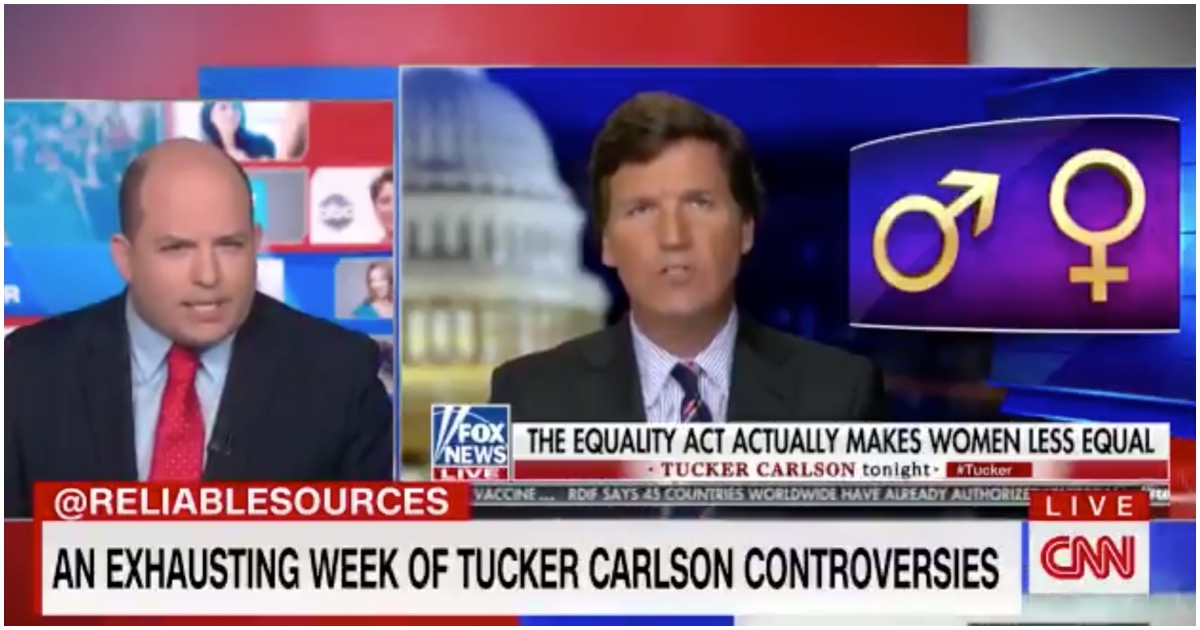 If Tucker Carlson is the new Donald Trump, as suggested by CNN’s Brian Stelter (one of the most radically far-left TV personalities in modern times) what does that mean, exactly?

Could it be that Carlson is a proud American who supports the Constitution and personal responsibility? And becuase of that, Tucker is basically…Hitler!??

Stelter compared Carlson to former President Donald Trump in an effort to brand the conservative host as a right-wing radical. Stelter said that Carlson’s product is a creation of and pushed by Fox Corporation chairman Rupert Murdoch and CEO Lachlan Murdoch.

Stelter said that rumors of a 2024 run at the White House by Carlson should be taken seriously. He also said that Carlson plays “paranoid politics,” suggesting that conservative fears of issues such as social media censorship and cancel culture are made up or, at least, overstated.

Stelter noted, “Tucker Carlson is the new Donald Trump. Tucker has taken Trump’s place as a right-wing leader, as an outrage generator, as a fire starter, and it’s all happening on Fox just like Trump’s campaign did, which means Rupert and Lachlan Murdoch are ultimately responsible,” Stelter said. “Every day, Carlson is throwing bombs, making online memes, offending millions of people, also delighting millions of others, tapping into white male rage and resentment, stoking distrust of Big Tech [and] the media, generally coarsening the discourse, never apologizing for anything, and setting the GOP’s agenda.”

Tucker Carlson is the new Donald Trump. Tucker has taken Trump's place as a right-wing leader, an outrage generator, a fire-starter… pic.twitter.com/y8OzdAlSlN

You who sit around in your underwear are actually criticizing Tucker..You are so far left it is unbelievable the things you say.

Tucker is a true American patriot just as is Donald Trump and both are unafraid to point out what the dems/liberals/ communistic left is trying to do to America as they cheat and change America from a free Republic to what eventually becomes another communist regime.