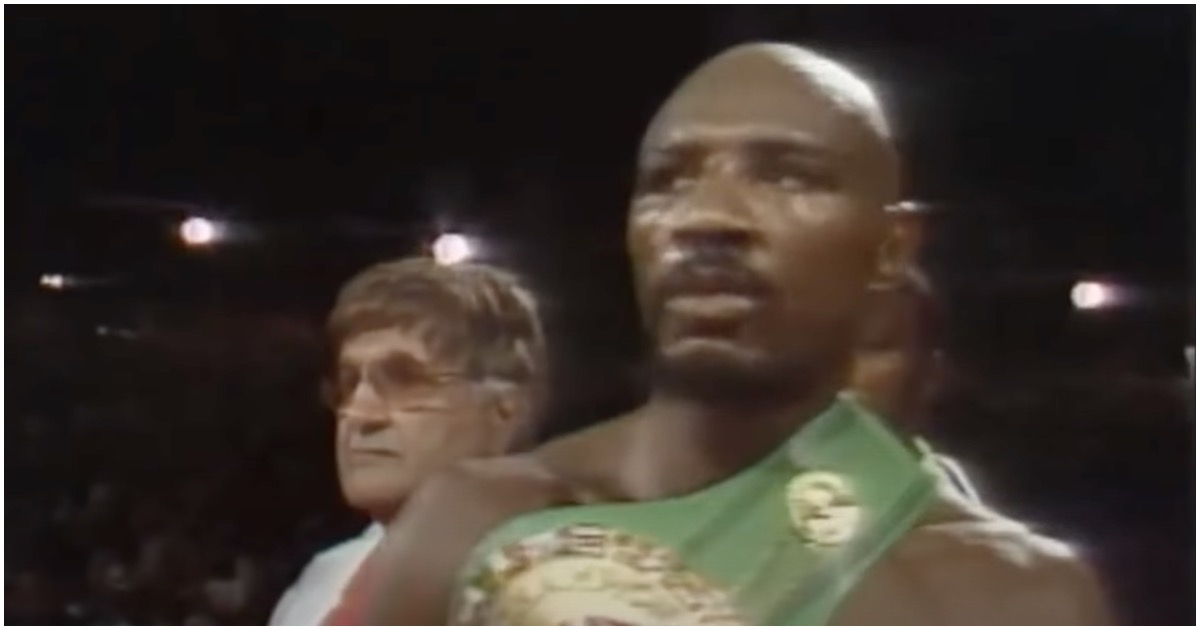 “Marvelous” Marvin Hagler ended his boxing career with a record of 62-3-2, with 52 of those wins coming by way of knockout. He was the undisputed Middleweight champion throughout most of the 1980’s. The man is simply an all-time legend inside the squared circle.

Just the other day, Hagler passed away at the age of 66.

A former rival boxer, Thomas “Hit Man” Hearns, posted a message on Instagram noting that Hagler was hospitalized due to complications after receiving a COVID-19 vaccine.

“A real true warrior Pray for the king and his family.. he’s in ICU fighting the after effects of the vaccine! He’ll be just fine but we could use the positive energy and Prayer for his Full Recovery!” 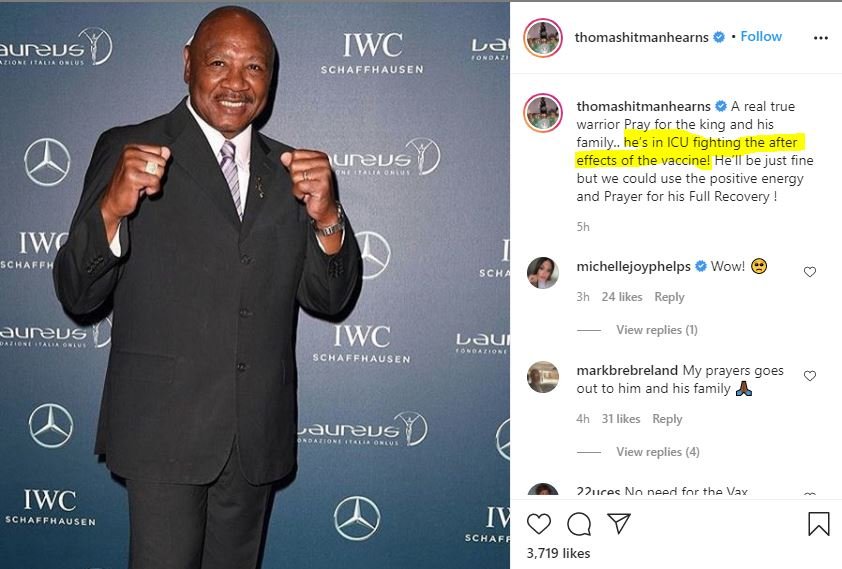 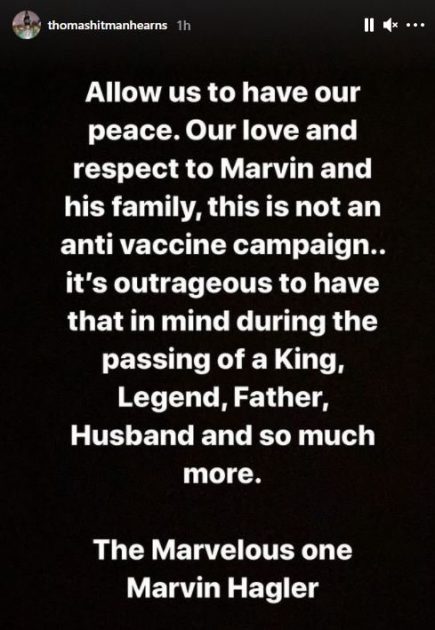 Make of this what you will, but what reason does Hearns have to lie?

Below is a video tribute to Marvin. RIP.

Check out Hagler’s bout with Hearns, from back in the day…