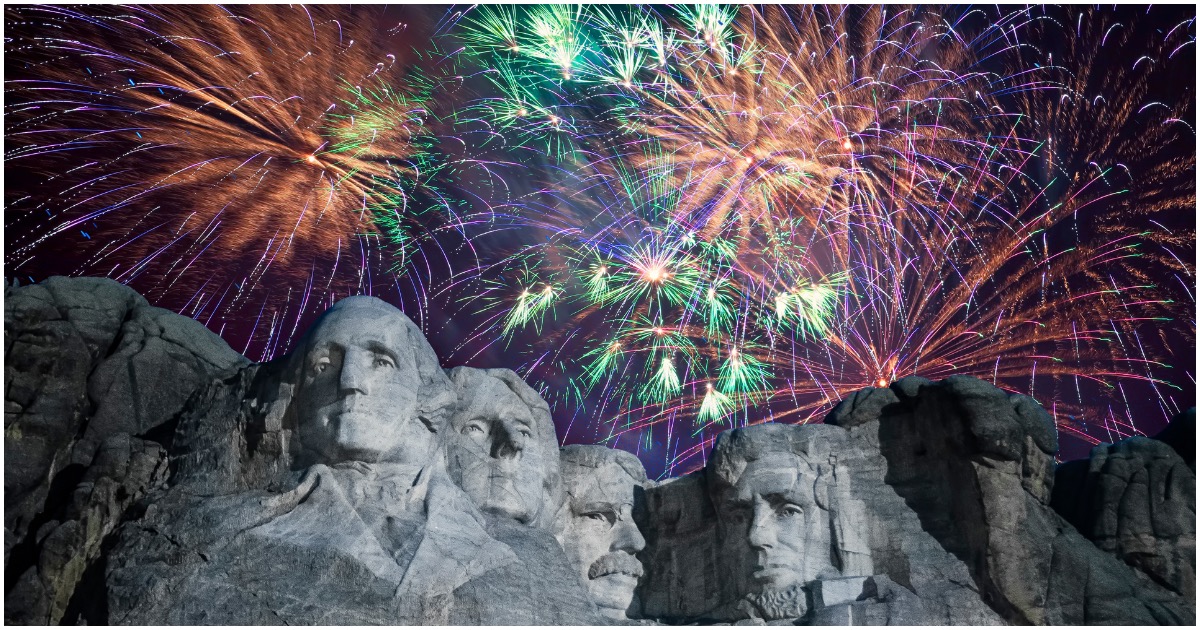 Welcome to Joe Biden’s America, where patriotism is at an all-time low – at least from the POV of one political party. Remember President Trump’s 4th of July celebration at Mount Rushmore in 2020?

NPS Regional Director Herbert Frost penned a letter to the state’s tourism department that the park service is “unable to grant a request to have fireworks at the Memorial,” according to a readout obtained by Washington Examiner.

“Potential risks to the park itself and to the health and safety of employees and visitors associated with the fireworks demonstration continue to be a concern and are still being evaluated as a result of the 2020 event,” Frost wrote.

If there’s one place where fireworks should take place in the U.S. on the 4th of July, you’d think Mount Rushmore would be at the top of the list.

Now have to wonder why the dems with biden want to keep their china-virus scamdemic going as them were able to ‘secure’ the entire federal government using it? Are they already working towards the 2022 elections? As the dems have their ‘power’ in place and already working towards changing election rules & laws, why should they be concerned about any future elections?