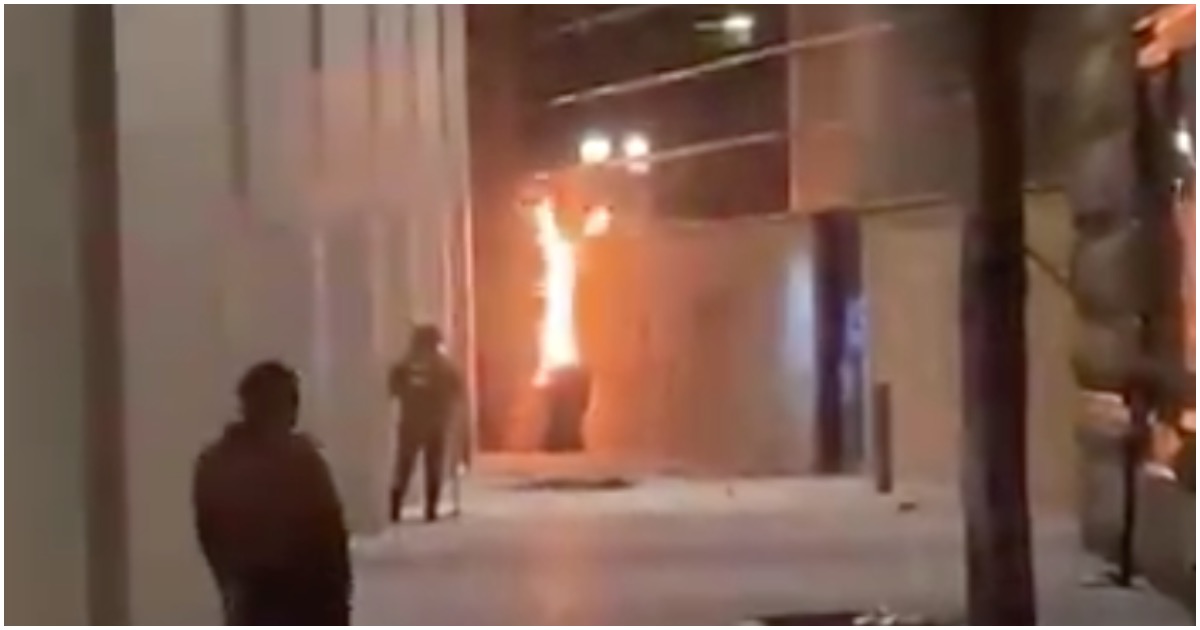 The following article, ‘End America!’ Antifa Tries Burning Down Portland Courthouse With People Still Inside (Watch), was first published on Flag And Cross.

These Trump voters are out of control, setting fires inside courthouses and whatnot. Oh wait, “Antifa” voted for Joe Biden – that’s right.

Check this out, via NewsBusters:

On Friday morning, all three broadcast networks ignored left-wing Antifa rioters committing violence yet again in Portland, Oregon. After federal officials took down barriers surrounding the Mark O. Hatfield federal courthouse, put up last July due to nightly attacks on the building, Antifa responded violently on Thursday as they broke windows and set multiple fires to the building while assaulting law enforcement.

Demonstrators apparently carried signs with violent messages such as, “End America,” and yelled “F**k the United States.” According to local news reports, this violence was in support for Black Lives Matter movement as well. But not a peep about the violent attack on a federal building was heard on ABC, NBC or CBS’s morning shows.

Antifa set fire to the federal courthouse in downtown Portland. There are people inside. #PortlandRiots #antifa pic.twitter.com/9sxBZkDe2t

These people need help. But the problem is that far too little will see this story because the MSM refuses to do its job.