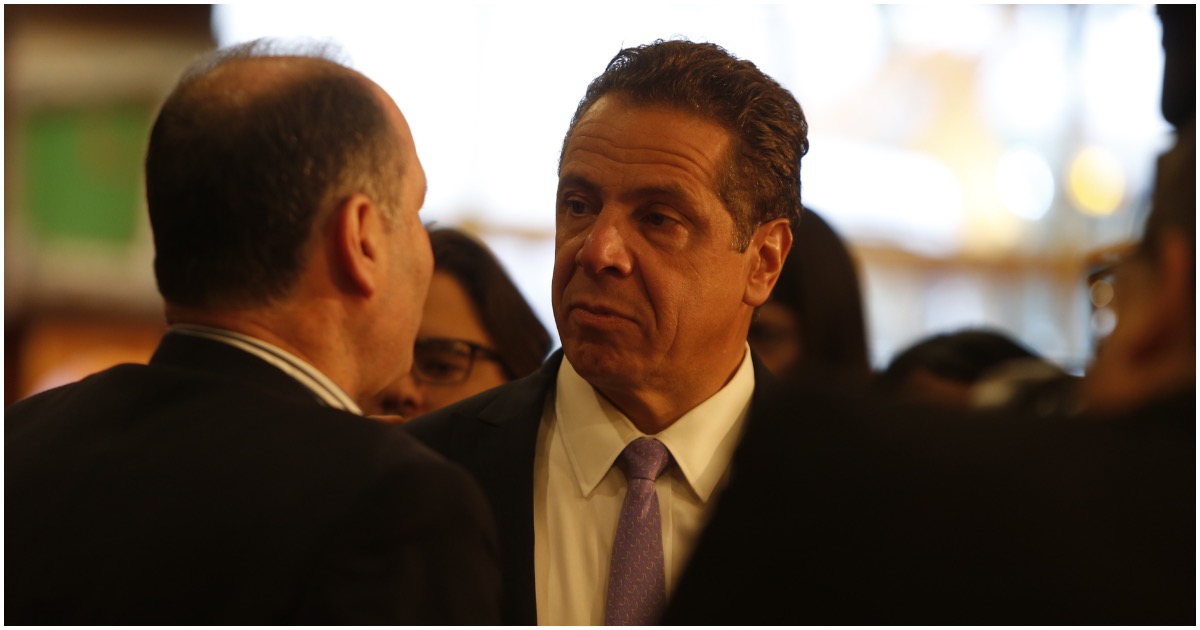 The following article, Andrew Cuomo Reached Under My Blouse to Grope Me, Says Governor’s 6th Accuser, was first published on Flag And Cross.

Someone within Andrew Cuomo’s inner circle needs to start introducing some new ideas to the New York State Governor. It’s time to start slipping some negative possibilities into his thinking. Some half-jokes about resigning, maybe just to break the ice. Because there ain’t no way he’s going to skate out of this unscathed, or on his own terms otherwise.

Cuomo is facing allegations of inappropriate sexual behavior from half of a dozen women at this point, with more seeming to surface every 48 hours or so. Their descriptions of the Governor’s behavior were vile, ranging from lewd comments against them in public, to unwanted gifts and unwilling kisses.

But his latest accuser has unleashed the most repugnant claims yet.

The sexual harassment scandal engulfing Gov. Andrew Cuomo escalated Wednesday with the emergence of allegations that he reached under a female aide’s blouse and groped her while they were alone in a room inside the Executive Mansion in Albany.

The incident allegedly unfolded after the much younger woman was summoned to help the 63-year-old governor fix a problem with his cellphone, the Albany Times Union reported.

The woman told him to stop, the newspaper said.

The accusations are the most serious yet against Cuomo, who’s previously been hit with claims of sexual harassment and other inappropriate behavior by five other women, four of whom were his aides at the time.

The Empire State politician has roundly rejected the possibility that he should resign, and lashed out at MYC Mayor Bill de Blasio for suggesting that Cuomo “cannot govern” if these accusations were true.