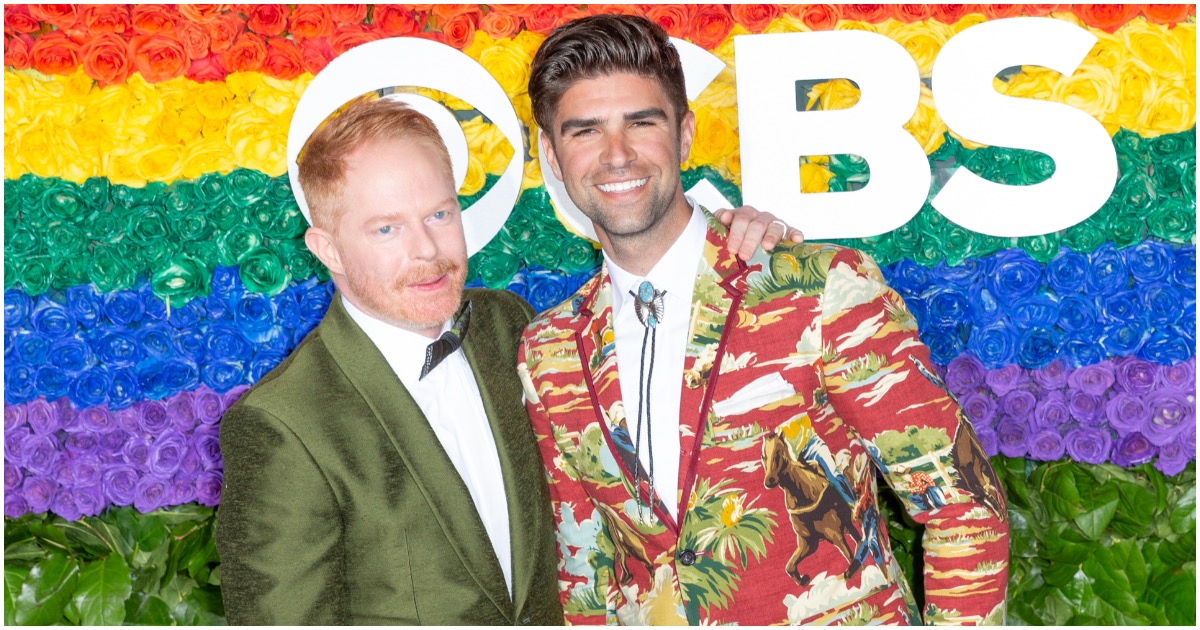 The following article, ‘Modern Family’ Actor & Husband Are Raising Son to Be ‘Gay Until He Decides He’s Straight’, was first published on Flag And Cross.

Some of you may find this story offensive. Well, suck it up! You, the pro-American conservative, are not allowed to be offended by a story that you (and the Bible) may deem morally reprehensible.

What a time to be alive, huh!?

Actor Jesse Tyler Ferguson told Ellen DeGeneres on Monday that he and his husband, actor Justin Mikita, are raising their 8-month-old son Beckett to be “gay until he decides to be straight,” and showed video of himself singing to the baby about drag queens.

“We’re raising him gay until he decides he’s straight,” the “Modern Family” actor said, prompting laughter from DeGeneres and the audience. “On the way back from the hospital, we played Britney Spears because that was what Justin demanded he listen to. That was his first exposure to music.”

“It’s a lot of singing. I’m writing a lot of songs for him. You know, everything has a song,” Ferguson explained, offering the example of a show tune based on a dirty diaper.

So Ferguson is saying that sexuality is a choice…or what?

The poor kid. What a life he faces.