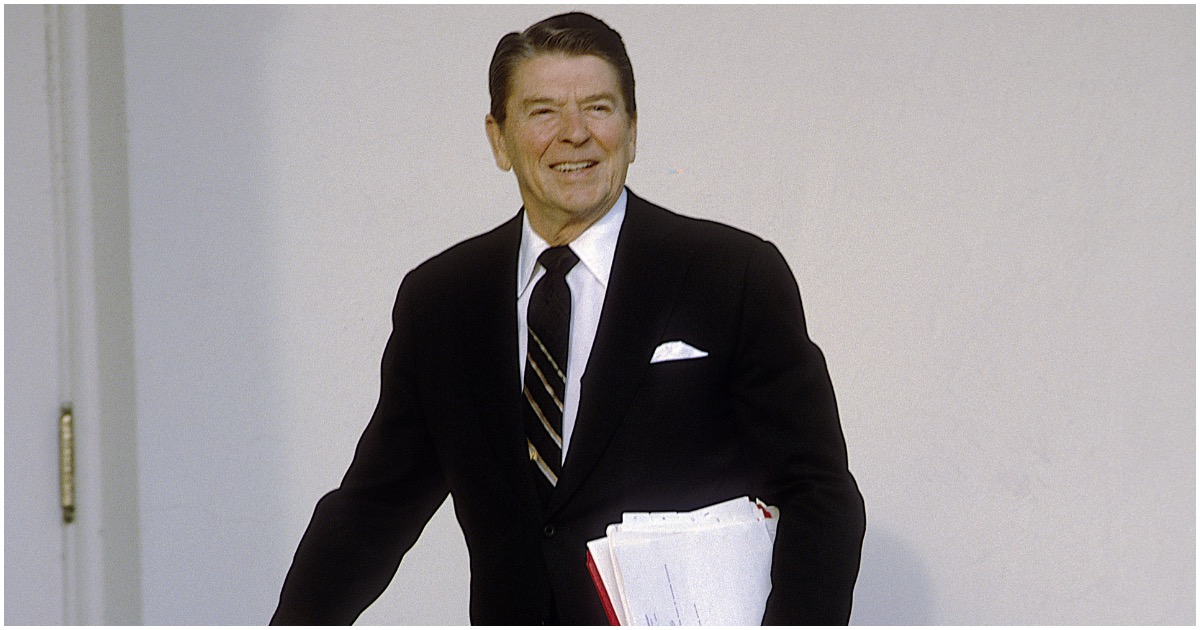 The following article, It’s Our Party & You Can Cry If You Want To — An Opinion Piece, was first published on Flag And Cross.

An article published in the New York Times on August 28, 1983, titled “Party moderates plan life after Reagan,” argued that the RINOS of the 80’s were eager to abandon the popular Reagan conservatism and embrace “a new political agenda.” 80’s RINO and Governor of Delaware Pierre S. Du Pont IV is quoted saying, “I think 1988 is going to be a real watershed year for the Republican Party…that’s when we are going to see a generational change in the leadership of the party and a new political agenda.”

Du Pont correctly predicted that “the Reagan agenda — controlling the size and cost of Government, building military power and the rest of it — will have run its course when [Reagan] leaves office.” But I want to deliver a clear message to the RINO’S in the Republican Party today, who are also eager and ambitious to fulfill the selfish and corrupt objectives of their 80’s predecessors, who stated, “there will be no natural place in the party for this big chunk of [Reagan’s] constituency. Here is the message: It’s our party and you can cry if you want to.

There may very well be a generational change in leadership in the coming two to four years and after, but I want you RINOS to know that it is you who have no natural place in our party. Whether Trump chooses to run again in 2024 or not, his greatest legacy may still be to have exposed the bipartisan corruption in Washington D.C. Trump’s greatest miscalculation was how deep and populated the Swamp was.

The Republican Party going forward will open its arms wide and welcome any and all who embrace the American ideals of freedom and equality, and who pledge their lives and sacred honor to protect and defend the sacred, Constitutional, and God given unalienable Rights of life, liberty, and the pursuit of happiness.

This Republican Party does not bend the knee. It refuses to compromise, when that compromise means parting with our Constitutional Rights or freedom. After decades of partisan politics and factionalism, which have seen this country torn in half by allegiance to the unconstitutional, selfish, and anti-American impulses of party and politicians over the unifying creed of allegiance to America, we are the party of all Americans. We are the party of the Constitution. We are the party that boldly, proudly, and unapologetically puts America and Americans first.

There can be no compromise between freedom and slavery. We understand the crisis America faces today is the same crisis we faced in the years preceding our Civil War. While our Civil War was fought to emancipate the slaves and secure the blessings of liberty and equality for the black American, today we are engaged in a new war to secure these blessing for all Americans, regardless of race.

The Republican Party is the party of “we the people.” We are determined to restore the American creed — to demand that our politicians live within their means, and to remind those in Washington D.C. that the Constitution exists to limit you, not us; that our Rights are not yours to grant or legislate away, but instead are unalienable and come from our Creator.

We reject identity politics. We refuse to divide Americans and instead choose to remind Americans of what unites us all. What does an American look like is the question we pose. Because Americans aren’t identified by the color of their skin, or even from where they immigrated from, but from the beliefs they hold in their minds and hearts — the belief that America is great because its people are great and that the people are great because the people are free.

We reject the supremacy of the state and embrace the supremacy of the citizen and will fight tirelessly to improve the lives and livelihoods of every American by creating abundant opportunities — through a robust economy, school choice, and limiting the power of government.

We reject the tyrannical and amoral promise that Americans are guaranteed equal outcome and pledge our support to the moral and equitable promise of equal opportunity. Our Republican Party rejects the notion that the American citizen is happier and better off in a system run by politicians and demands that the citizen be free to govern themselves.

While the Democrat Party moves to extinguish our light of liberty and force the American citizen to live in the darkness of totalitarianism, we will continue to unapologetically pray, as Reagan did, that “they will discover the joy of knowing God.”

Today Americans are witnessing our own evil empire. While the RINO’s selfishly and amorally refuse to speak up, we will. And this is what we, the new Republicans have to say, “until they do, let us be aware that while they preach the supremacy of the State, declare its omnipotence over individual man, and predict its eventual domination of all peoples on the earth, they are the focus of evil in the modern world.”

Reagan said this in 1983 and it’s true today. You RINO’s are complicit. Either join us, or join them. But if you don’t, there will be no natural place for you in our Republican Party. You can cry if you want to.

Drew Allen is a Texas-bred, California-based conservative author and speaker, who writes a weekly blog promoting conservative ideals at drewthomasallen.com. Fluent in Italian, Drew has lived and worked in Italy in the fashion industry and in New York City and Los Angeles as an actor, screenwriter, and independent film producer.

Continue reading: It’s Our Party & You Can Cry If You Want To — An Opinion Piece ...