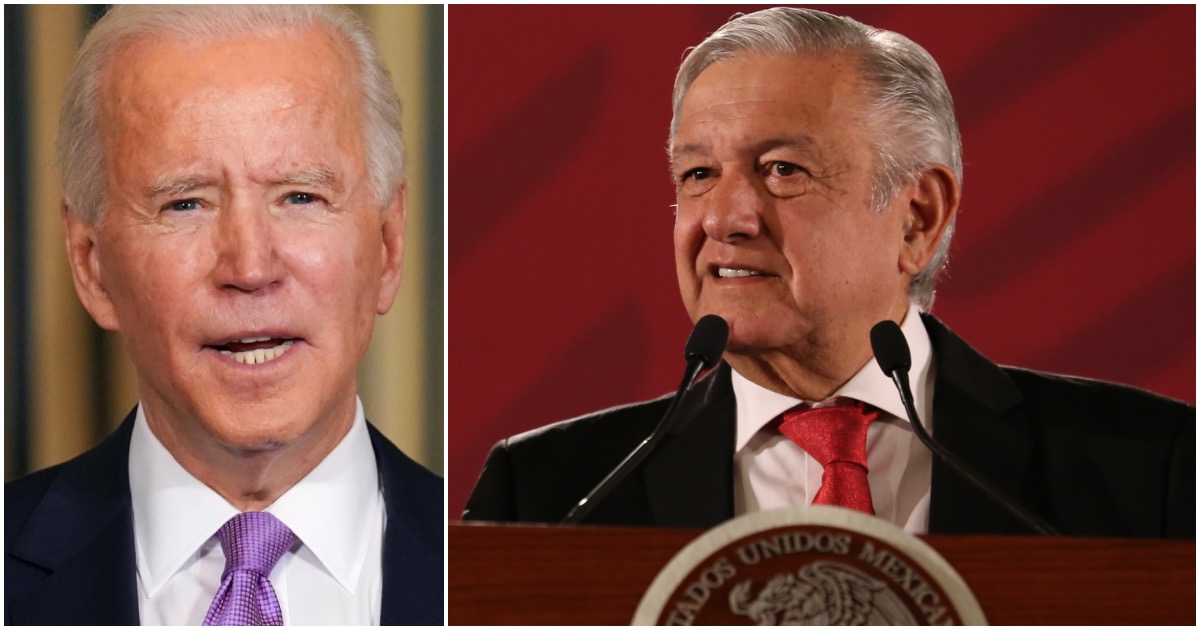 Things seem calmer now that Donald Trump is no longer president, don’t they? If you feel the same way, it’s most likely due to the media and Hollywood elites not lashing out 24/7, claiming America is on fire.

That being said, not giving Trump a second term was the worst possible thing this country could’ve done at this point in time.

Heck, even the president of Mexico is like, “Really, you guys put this goof in office!?”

The Mexican government is concerned that President Biden’s asylum policies are encouraging illegal immigration and providing revenue to drug cartels through human trafficking across the US border.

Mexico has asked the Biden administration for help to provide developmental aid to Central America since many of the migrants come from countries such as Honduras, Nicaragua and Guatemala seeking asylum in the US.

“They see him as the migrant president, and so many feel they’re going to reach the United States,” Mexican President Andres Manuel Lopez Obrador said of Biden after their virtual meeting on March 1, according to Reuters.

If you voted for Biden in November you should be forced to wear a dunce cap everywhere you go.

Supporting a Democrat candidate at any level is beyond idiotic for too many reasons to list here.

America & Americans must now endure the embarrassment from the world as old senile china-joe continues his screw-ups whenever not hiding in the whitehouse basement. But in the end it will cost the entire free world countries as they find that America no longer has their back while the enemies of the free-world countries expand their influence and control.