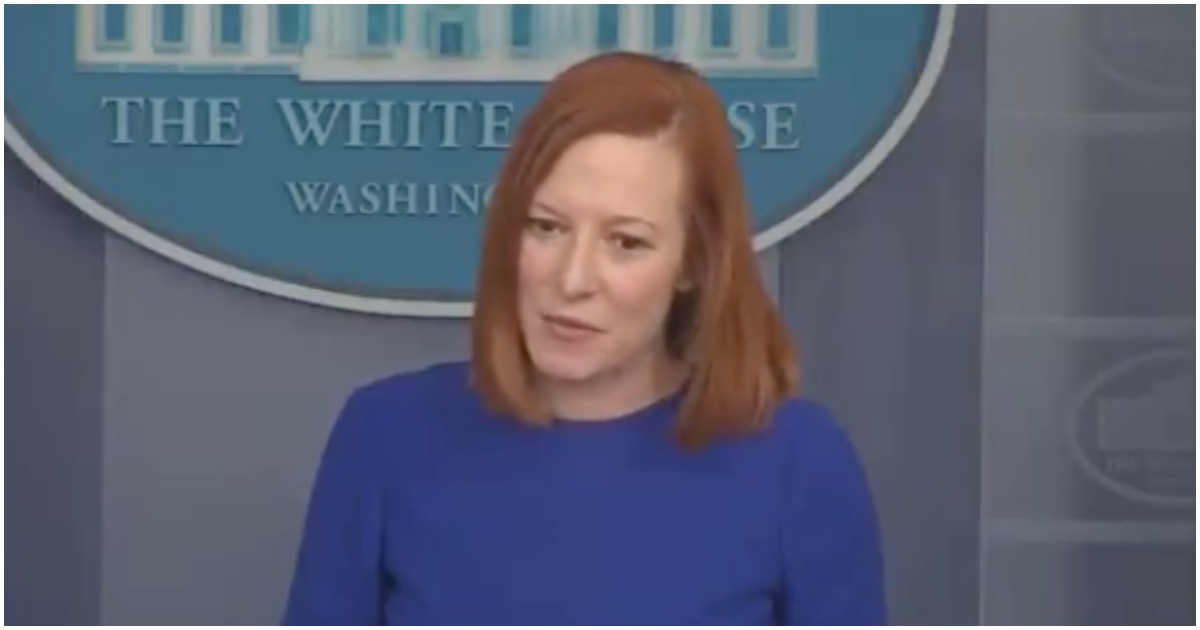 The following article, Psaki Vents When Asked About Border Crisis, Implies It Is Not A White House Problem [Videos], was first published on Flag And Cross.

When you have no moral compass, you don’t have a problem with lying every single day. Jen Psaki, like her boss Joe Biden, probably couldn’t even spell the word “moral.”

When Donald Trump was president, he was a monster for locking kids in cages at the southern border.

But because Biden is a Democrat and has the mainstream media on his side, it’s as if everything is kosher and no response given by Joe’s White House press secretary can ever be wrong.

One of the most notable exchanges came when a reporter asked Psaki if newly reported-on statistics about the border crisis were accurate. Psaki responded by claiming that the reporter should ask the Department of Homeland Security about the numbers because “it’s not our program.” The Department of Homeland Security is run by the Biden administration and Biden’s nominee to lead the department, Alejandro Mayorkas, was confirmed by the U.S. Senate and he now runs the department.

Biden Press Secretary Jen Psaki confronted on border crisis: “if that doesn’t qualify as a crisis, what does?”https://t.co/Zh7gQQIGxa pic.twitter.com/8Z8BYVGL2H

Continue reading: Psaki Vents When Asked About Border Crisis, Implies It Is Not A White House Problem [Videos] ...