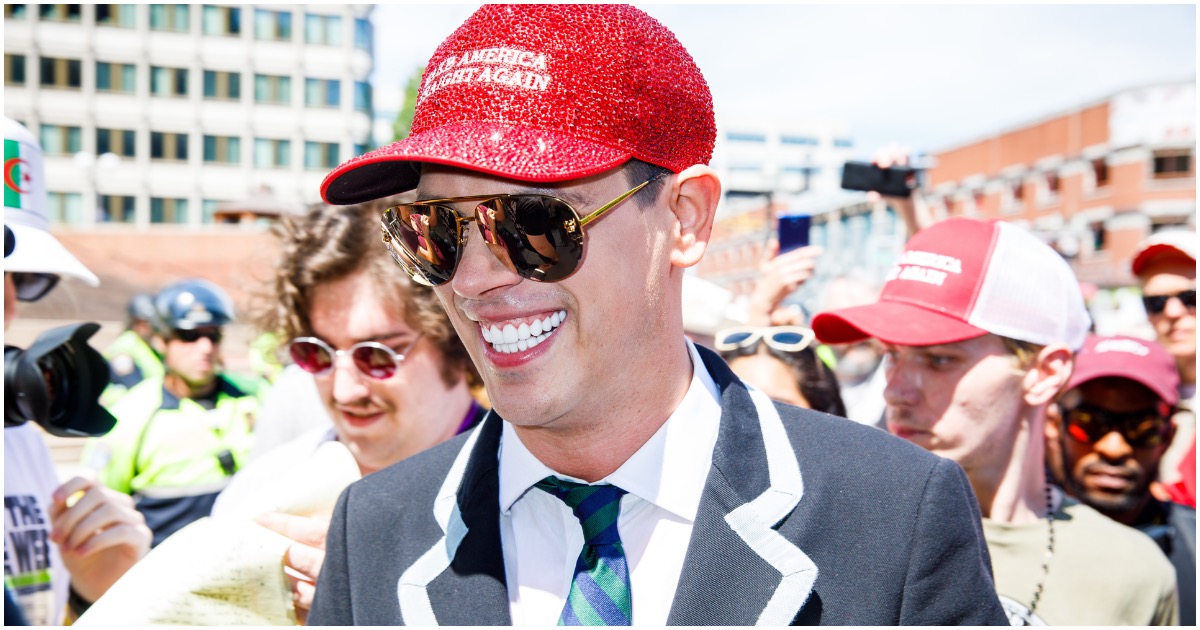 The following article, Milo Yiannopoulos Is No Longer A Gay Man: Declares He Is ‘Ex-Gay’ (Details), was first published on Flag And Cross.

Ohhhh boy – the LGBT crowd isn’t going to like this one!

With conservative blogger Milo Yiannopolulos announcing he is no longer gay, they’ll blast him for claiming that being gay is a choice (which it obviously is, that’s just basic biology).

Check this out, via LifeSiteNews:

Milo Yiannopoulos, the gay man whose conservative messaging and willingness to speak the truth sparked riots on university campuses may well trigger more outrage now that he describes himself as “Ex-Gay” and “sodomy free,” and is leading a daily consecration to St. Joseph online.

Two years ago, when Church Militant’s Michael Voris famously challenged Yiannopoulos to live a chaste life, Yiannopoulos was not defensive. Instead, he acquiesced, and humbly admitted his human weakness.

“I know everything you’re saying, and I’m just not there yet. And I don’t know if I’ll get there,” Yiannopoulos told Voris at the time.

It seems that he has now arrived “there.”

Milo has always been a character. Hopefully this isn’t just a play for attention, though.

Continue reading: Milo Yiannopoulos Is No Longer A Gay Man: Declares He Is ‘Ex-Gay’ (Details) ...