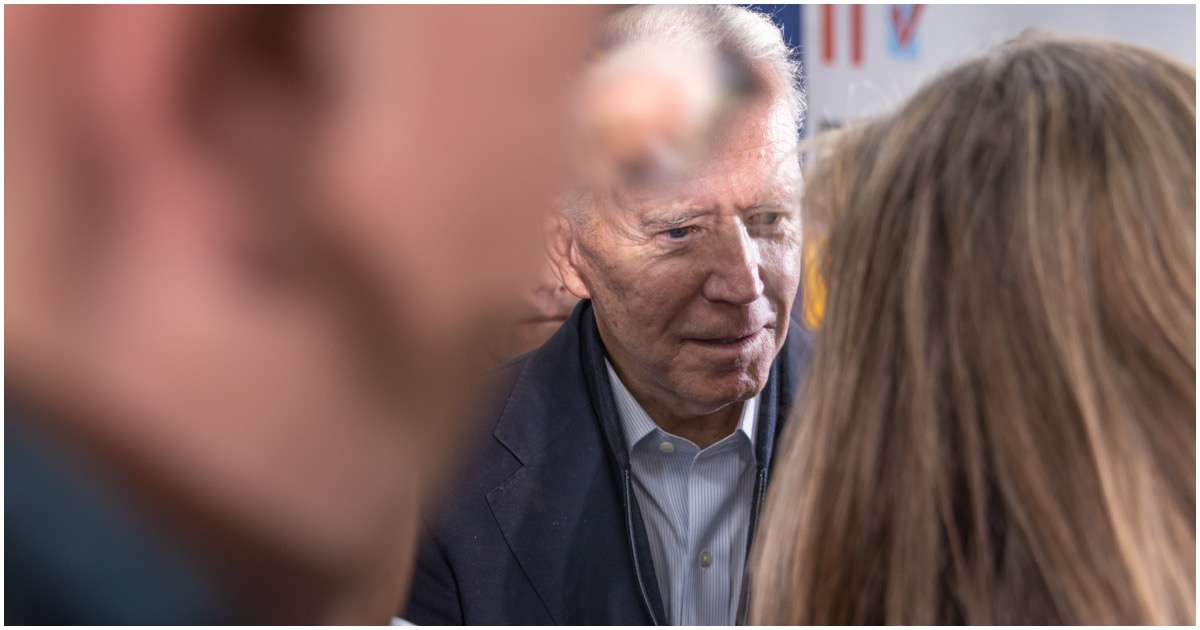 The following article, DAVIDSON: The Missing State of the Union Address, was first published on Flag And Cross.

In seven weeks, he has not held a full press conference. Each of us who frequent Townhall.com and read the articles have known for quite a while that poor old Joe lacks the cognitive capability to handle the job. He is a mere puppet to a cabal of Leftists who want to irrevocably reshape America, and not in a good way.

So, the question arises, if Joe Biden does not deliver a State of the Union address this March, or, let’s say, even in February, 2022, given that he lasts long enough, does anyone seriously believe he is the functioning president of the United States? And what does this say about our Union?

Running Cover for a President in Decline

If he does offer a State of the Union address this March, or next February, and he messes up terribly, as many of us suspect will happen, other than temporarily claiming the title, is he actually our president? If one lacks the capability to address the nation, with both houses of Congress, and the Supreme Court Justices in attendance, who exactly is leading our country? His handlers will claim, ‘COVID concerns.’ Okay, then present to the camera in the East Room of the White House. ‘No’ to that idea?

How long can the mainstream media continue to cover for him? How long can they avoid the issue altogether? If he does somehow manage to deliver the SOTU, how will the libstream media machine spew their propaganda when everyone, from all sides of the political spectrum, witnesses the undeniable elder abuse?

In other countries, Australia for one, Biden is not getting a free pass. “It’s clear to me at the least that U.S. President Joe Biden is struggling with dementia and is clearly not up to the task he’s been sworn in to do,” said Sky News host Cory Bernardi when asked to give his views of Biden’s performance in the early weeks of his administration.

Bernardi added, quite simply, “Never before has the leader of the Free World been so cognitively compromised.” What recognizable journalist or reporter among the mainstream media in the U.S. has said the same? Where are you Lester Holt, David Muir, Norah O’Donnell, Jake Tapper, Anderson Cooper, Brooke Baldwin, Wolf Blitzer, Jim Acosta, Joy Reid, Rachel Maddow, ad infinitum? “Cat got your tongue?”

Is observation of the obvious too much for you to acknowledge?

A Vehicle, Nothing More

The Democrats knew well in advance that Biden would not be able to continue for very long at the level required for the job. That never mattered to them. Joe Biden was nothing more than a vehicle for their side to gain power.

Whether or not you object to the way in which the election occurred, with the gross irregularities, the terrible reality is that a mentally unfit man and his unworthy vice president are in office, and other people are calling the shots, be they Barack Obama, Hillary Clinton, John Podesta, Valerie Jarrett, John Brennan, George Soros, Chuck Schumer, Nancy Pelosi, or whomever.

It’s likely that he, or his wife, or his greedy family, will do so themselves when it is apparent that his continuing on will be an embarrassment to everyone, most of all themselves.

Waiting in the Wings

Some people speculate that Nancy Pelosi’s true intent in relation to the 25th Amendment is to remove Kamala Harris before she could name a VP, should she ascend to the presidency. There’s plenty in Harris’ past to disqualify her.

Once both Biden and Harris are removed from office, guess who gets to be the president of the United States of America? That’s right: The person who so eagerly tore up President Trump’s brilliant State of the Union address in February of 2020, none other than the vindictive, power-crazed, authoritarian wannabe, Nancy Pelosi.

Continue reading: DAVIDSON: The Missing State of the Union Address ...

This is nothing that a majority of Americans knew and believed even while the 2020 campaign was in progress, and the dems/liberals seen fit to get biden into the whitehouse using whatever means needed. This is not going to end well for America.