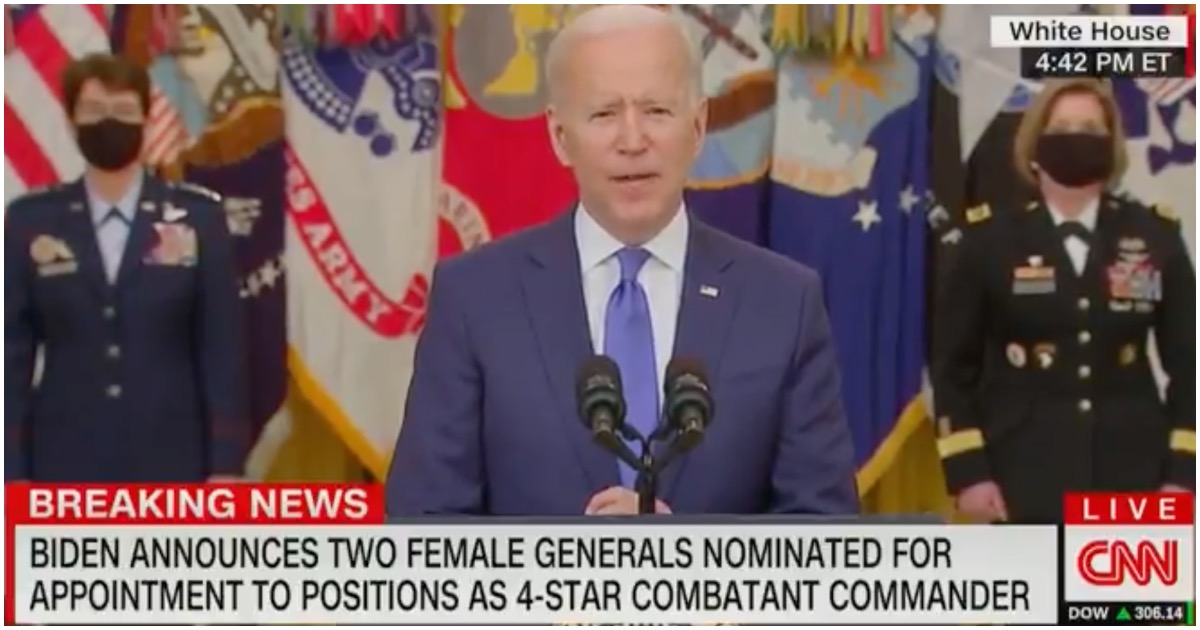 The following article, Biden Appears to Forget Name of Defense Secretary: ‘Guy Who Runs That Outfit’ (Watch), was first published on Flag And Cross.

Lloyd Austin. That’s the name of America’s current secretary of defense. He is the first black man to hold that post. Joe Biden appointed him to the position.

But for some reason, even with Austin literally standing by his side, Joe can’t seem to recall the guy’s name.

“This is going to be an all-hands-on-deck effort under my administration to end the scourge of sexual assault in the military,” Biden said during a speech from the White House’s East Room.

“Now, we’re going to be focused on that from the very top. I know that we can do it. The U.S. Military has defeated American enemies on land, and air, and sea. And this is not beyond us. “

Hey America, might as well get used to it, biden is not really in charge and has no idea what nor where he is at any given moment. He is merely signing whatever his puppeteer places in front of him. He is going to cause much embarrassment for America if he is ever allowed out in public.