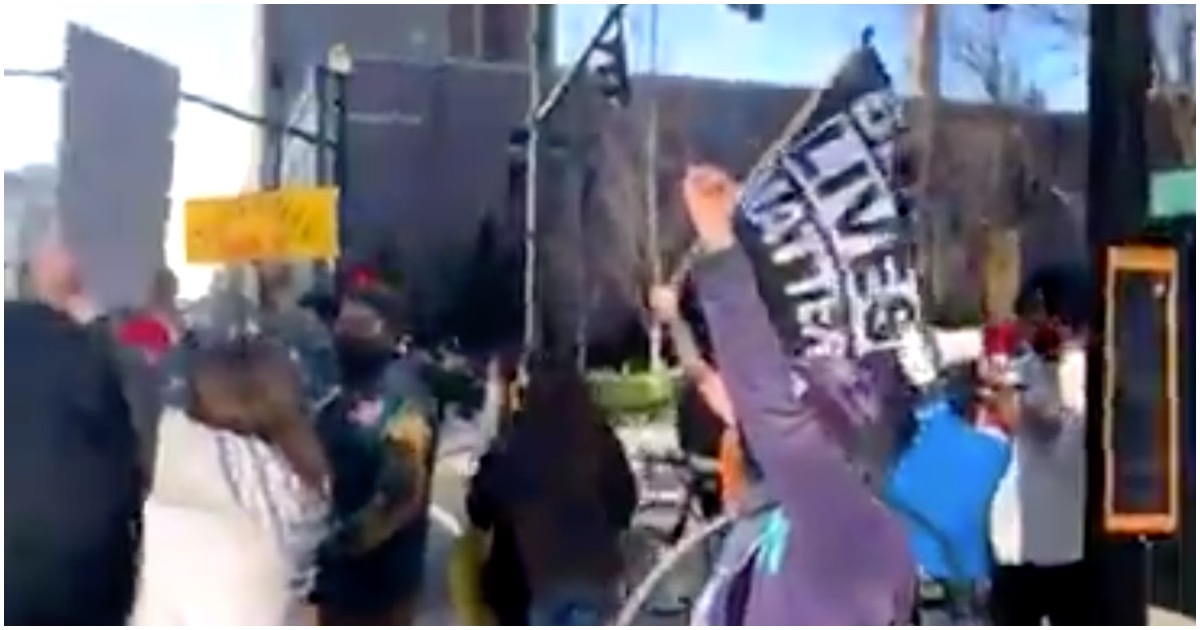 The following article, Young Cheerleaders Cursed Out Because of ‘Their Privilege’ By BLM Protesters (Videos), was first published on Flag And Cross.

Even though this event took place in Kentucky, the jury selection for the George Floyd trial will take place today in Minnesota. As you’d imagine, the left is already raging because…they’re the left.

What happened below is just a small snippet of what we’ll see when the officers accused of killing Floyd are exonerated.

Check this out, via PTNewsNetwork:

Louisville protesters have reached a new low, verbally attacking families and small children as they attempt to enter a cheerleading competition.

BLM in Louisville winning the hearts and minds of little girls.

They’re cussing at and harassing all the families walking into this cheer competition, and they’re armed. pic.twitter.com/ofpe7Evb7c

LMPD shot some of this footage. Wild times folks

Continue reading: Young Cheerleaders Cursed Out Because of ‘Their Privilege’ By BLM Protesters (Videos) ...

You just know we are living in a totally screwed-up, brainwashed society when white people are protesting against white people for being white people.
How’s this “fundamentally transformed” America that voters wanted so badly they voted for it twice working out for you ?
We passed the point of no return several years ago and few people really cared. My guess is they will care very soon.