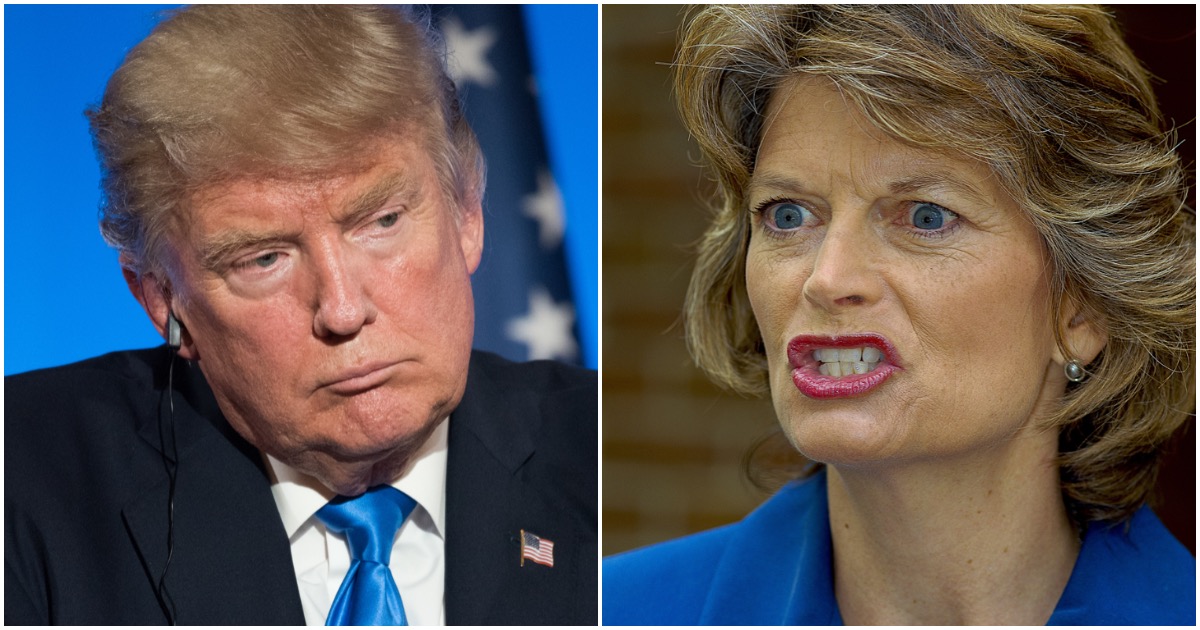 The GOP doesn’t need centrists in the upper and lower chambers. There are far too many liberals in Congress as it is. The left doesn’t need more votes.

It’s time for RINO’s like Murkowski, Romney, Toomey, Cassidy, and Sasse to head on back over to the private sector.

Donald Trump will do his best to soon make that a reality.

The former president announced on Saturday that he’ll be traveling to the Last Frontier State to campaign against Murkowski ahead of her 2022 reelection bid, according to Politico.

“I will not be endorsing, under any circumstances, the failed candidate from the great State of Alaska, Lisa Murkowski. She represents her state badly and her country even worse,” he said. “I do not know where other people will be next year, but I know where I will be — in Alaska campaigning against a disloyal and very bad Senator.”

Murkowski, a centrist, has long been willing to split from the former commander in chief, as evidenced by some of her recent votes in the Senate. The Alaskan voted for Trump’s conviction last month on the House’s impeachment article of inciting an insurrection. The former president was ultimately acquitted.

Trump released a statement saying the Constitution and the rule of law prevailed as he was acquitted by the Senate. @EmeraldRobinson reports. @bennyjohnson https://t.co/VlT7z8drtO pic.twitter.com/5RktAZf7I5

McConnell launches all-out attack on Trump AFTER voting to clear him https://t.co/s5SQ5DfuHV

Murkiecowisshe has been a RINO from her first day in the senate, another skag that was never vetted as I’m betting she has been a closet DevilsRat all along but this is the true downfall of the pussy repub party. Thanking all who bs them and they gargle on that crap thinking it’s great having a woman in the party,but some women are just as crooked as men but it’s for the equality of sexes nothing to do with being true to the party. Trump sees this Crappy style in this so called party of the people and he is… Read more »