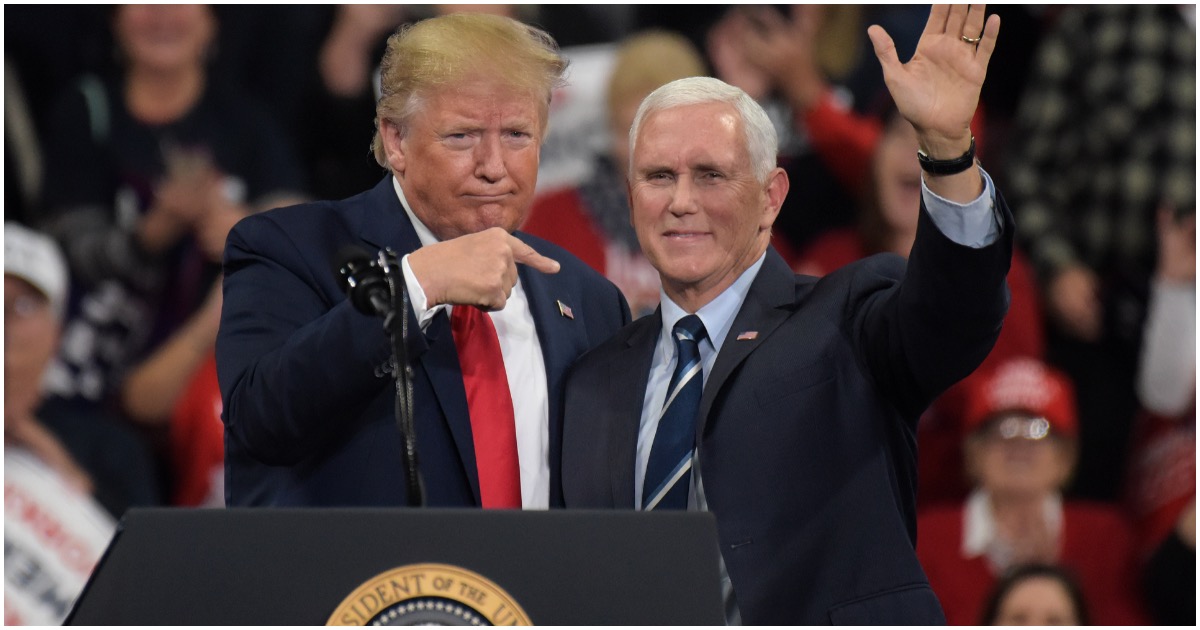 The following article, President Trump May Stick with Mike Pence as VP If He Runs for POTUS In 2024, was first published on Flag And Cross.

Trump/Pompeo? Trump/Noem? Trump/Meadows? Actually, the 2024 presidential race, when Donald Trump declares his candidacy, may look awfully familiar to the 2020 race.

We very well could wind up seeing Biden/Harris vs. Trump/Pence…again.

Check this out, via Mediaite:

Despite reporting to the contrary, one member of former President Donald Trump’s inner circle says there have been no discussions about dumping former Vice President Mike Pence in 2024.

Speaking with Mediaite’s Aidan McLaughlin on this week’s episode of The Interview, Trump adviser Jason Miller suggested surrogates of Gov. Kristi Noem (R-SD) were behind Bloomberg’s report — which Miller said was incorrect.

Miller said, “I realize that some Trump supporters might be a little bit frustrated with the former vice president. He’s a great guy. He’s been a loyal ally, loyal teammate. And I think President Trump still has pretty high regard and fondness for Vice President Pence.”

Imagine congratulating another person on literally stealing your job.

The Associated Press reported that Pence’s call to Harris was the “first known contact between the elected members of the outgoing and incoming administrations.” President Donald Trump has acknowledged his own defeat but is not known to have called Biden.

Continue reading: President Trump May Stick with Mike Pence as VP If He Runs for POTUS In 2024 ...