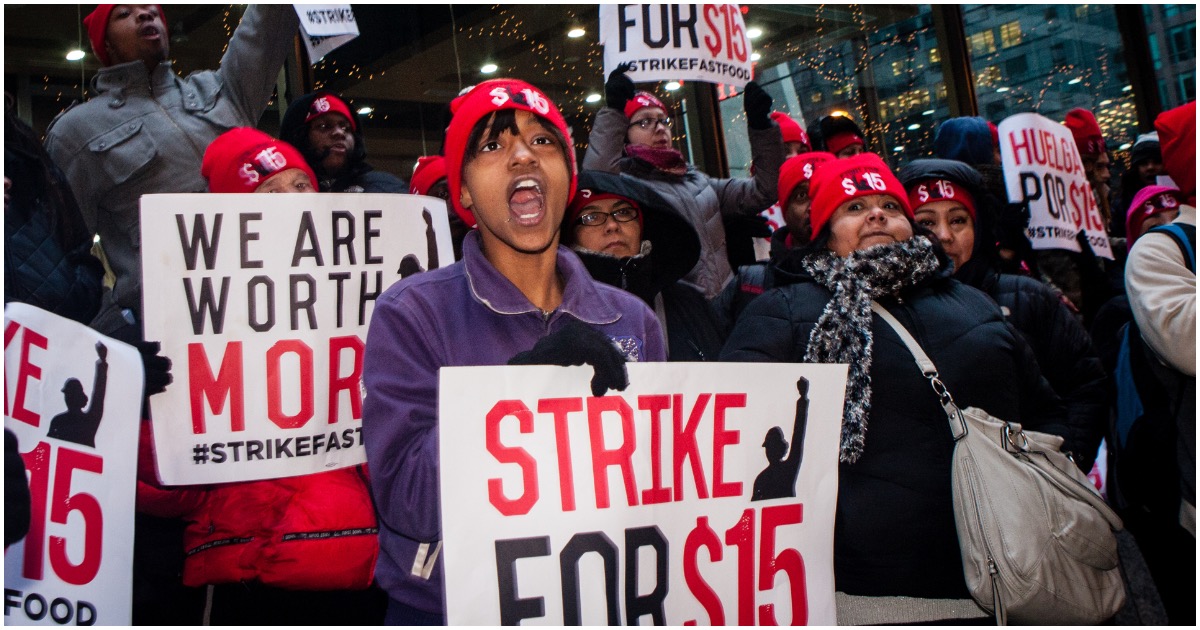 The following article, Multiple Senate Democrats Just Said No to $15 Minimum Wage — Details, was first published on Flag And Cross.

If you’re a conservative living in a state with one of these Democrat Senators, you might want to thank them for what they did on Friday.

Maybe, just maybe, deep down they know that a wage spike will kill workers’ hours, cost jobs, and raise the price of goods.

Seven Senate Democrats and one Independent voted against a procedural vote on $15 minimum wage Friday.

Independent Vermont Sen. Bernie Sanders proposed an amendment during the “vote-a-rama” in the Senate, where a vote can be forced on anything. As senators were introducing their amendments to be voted on, Sanders put forward a procedural vote on a $15 minimum wage, which was cut out of Democrats’ original COVID relief bill.

It could not be easier to defeat a liberal argument. All you have to do is use their own words against them.

For example, Democrat Socialist Alexandria Ocasio-Cortez was upset that she had to pay $7 for a croissant – as anyone would be.

But how is it so hard for AOC to see why she’s paying $7?

A basic lesson in economics should have Ocasio-Cortez understanding that when minimum wages rise, so do the costs of goods.