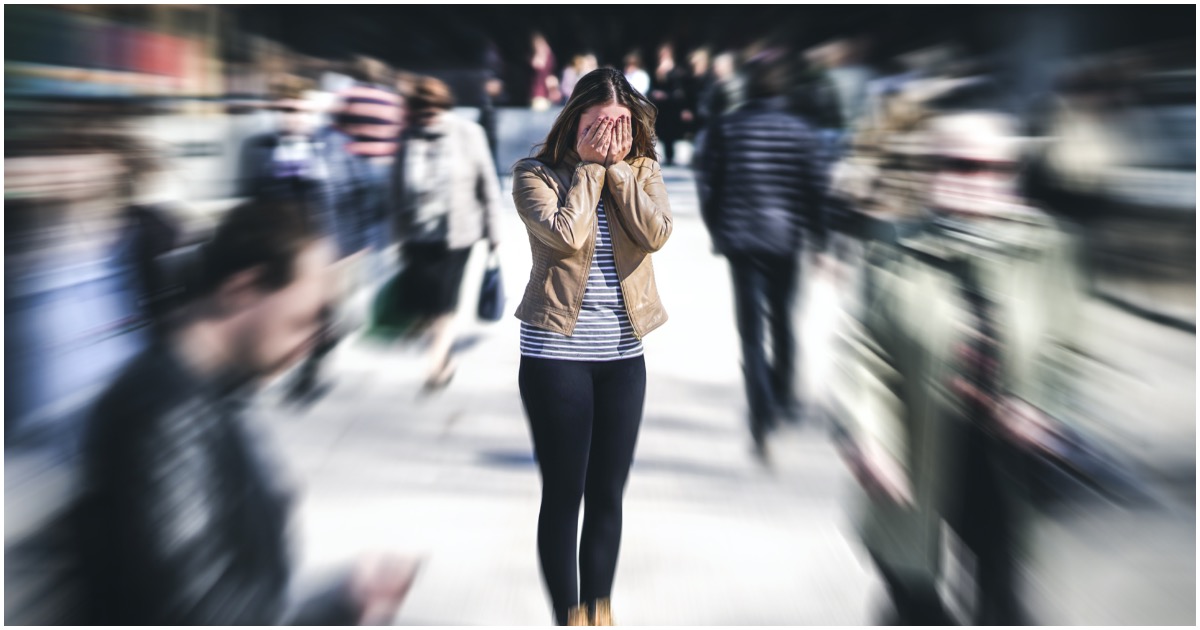 The following article, DAVIDSON: Reducing Stress Through Prayer, & More, was first published on Flag And Cross.

*Originally published September 2020* Since people first believed in God, prayer has been an effective method for soothing the soul. For some people, the payoff comes with sitting still, and being quiet. Many feel a direct connection with God which, in itself, is calming. Those who attend a place of worship every Sunday find that praying with others is comforting. Reverence to God, fellowship, and familiar chants and hymns can all aid in reducing stress and bringing inner contentment.

If you haven’t prayed in a while, in addition to the religious aspects, the stress reduction can be magnificent. Even if you never attend a formal prayer service, informal prayer, by your bedside, in a comfortable chair, or somewhere in nature can work as well. Some of the most accomplished and admirable people who have ever walked this earth have been deeply religious and have found great comfort in prayer.

In our fast-paced society, your ability to take a few minutes out of a hectic day can spell the difference between frenzy and tranquility. The majority of stress we experience is a result of the daily deluge of information and communication we come in contact with on top of the amount of tasks we need to accomplish. If you have been experiencing severe stress, it might mean the difference between a long life and a shortened one.

People have long used drugs (prescribed and otherwise!) and medications to achieve certain effects. I’m not knocking all of these substances – some of them probably live up to their mystique; however, there is no need to engage in drugs, considering there are so many other ways to effectively reduce stress.

Amidst the flurry of reports from medical researchers, many people also rely on a glass or two of wine each day to relax. If this is your habit, and it works for you, you’re probably on reasonably safe ground. The latest research, however, paints a less rosy picture about wine’s beneficial effects. I’m concerned, as well, about the long-term effects of having two glasses of wine, 365 days a year, for 10 or 20 years.

It often seems like people around you are enamored by some techniques such as meditation or yoga, but in reality, most people who practice these or other techniques do so a handful of times, or the length of the one course for which they signed up. Then, they revert back to what they did previously.

The changes that you implement need to come without too much pain, to be subtle, even natural and easy. Otherwise, you probably won’t stick with them. Lasting and effective change can come from small incremental change. So, keep in mind that not every technique will strike your fancy. Enough of them will fit your lifestyle, and will work for you enough of the time for you to stay with them and to ultimately exercise control in ways that you have always wanted.

Talking to Someone – The mere act of talking to someone about issues confronting you can be stress reducing, and certainly more effective than mentally stewing over things alone. In The Psychological Society, author Martin L. Gross concluded that “the modern industry of psychology in America was no more effective in treating patients than witch doctors in Africa were in treating people who came to them.”

The key was whether or not the patient believed that the doctor had healing powers. Hence, if you believe that a witch doctor can help you, then a witch doctor can be as effective as a psychiatrist. A trusted friend or relative, with whom you can discuss your problems, can be equally effective.

The idea of talking to someone about what is stressing you is not so much that you will find a solution then and there, but that the mere physical act of discussing the stressor moves you closer to resolution, perhaps using one of the techniques discussed in this article.

Using Humor – Throughout the ages, humor has also been a primary tool in helping to reduce stress. Don’t discount the power of humor before trying it. If it’s been a while, or forever, since you’ve engaged in humor to reduce stress, you’re in for a treat. I’m not talking about jokes or side-splitting belly laughs, but rather a gleeful, playful acceptance of the inane and absurd situations that you encounter, and as a business owner you have your share of them.

The ability to laugh at yourself or to laugh at your situation might spell the fundamental difference between entrepreneurs who show resilience in the face of hard times, and those who face nervous breakdowns.