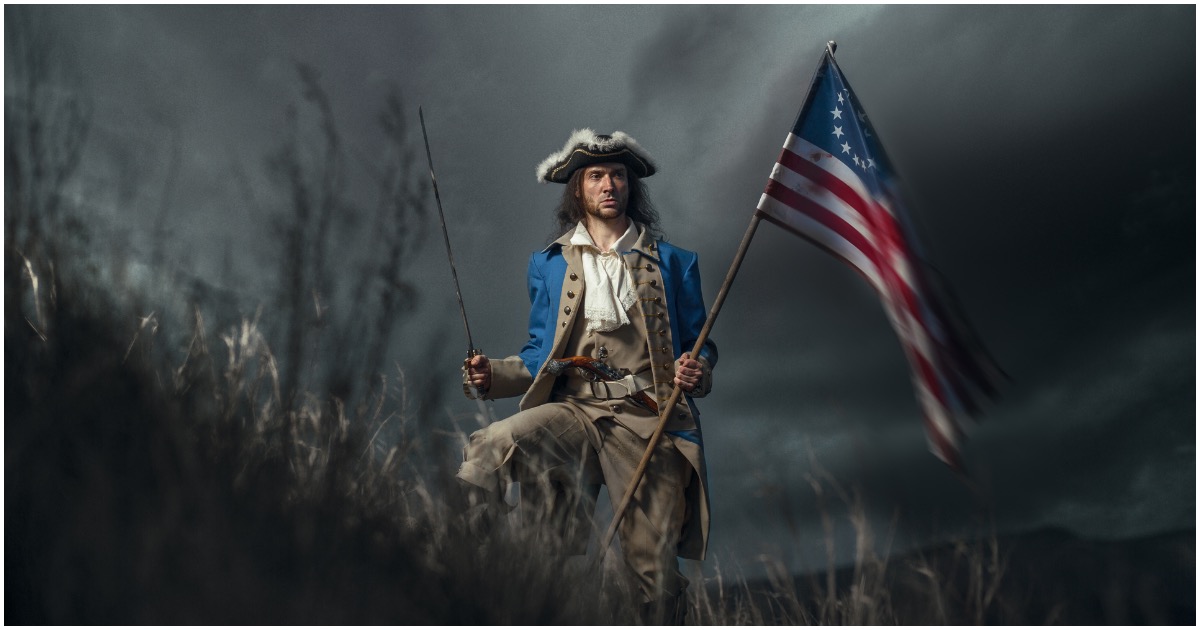 The following article, Our Country Needs a Revolution Against Crazy Ideas — Opinion, was first published on Flag And Cross.

If a man dressed like a woman appeared before a congressional committee 30 years ago, he would have been laughed out of the Capitol and the press would have had a field day. Not anymore. The absurd has become the “new normal.” In spite of my prediction that a Biden victory would entail absurd consequences, I find myself in awe on a daily basis. “That’s the craziest thing I ever heard” used to be my occasional response to events. Now I am repeating it practically every day.

What is the craziest thing I ever heard? For starters, a movement is afoot to affix the label “racist” to mathematics. When I heard this, I had to shake my head in utter disbelief. The Oregon Department of Education has instituted a “math equity” training for teachers so they can “dismantle racism in mathematics.” The focus on getting the “right” answer and requiring students to “show their work” are racist, didn’t you know? “There is no such thing as ‘white’ mathematics,” said Princeton math professor Sergiu Klainerman. “The idea that focusing on getting the ‘right answer’ is now considered among some self-described progressives a form of bias or racism is offensive and extraordinarily dangerous.” Explain that to the people of Oregon.

The new normal includes a “cancel culture,” where you prevent someone from earning a living because you disagree with their politics. Cancel culture is the craziest thing I ever heard. We haven’t seen this species of insanity since the McCarthy Era of the 1950s. Attempts are being made to cancel everyone from Dr. Seuss to the former president of the US. Last week, two members of Congress demanded the canceling of all conservative news outlets. “The use of cancel culture by the Woke is not only an attempt to force people to assent to certain ideas which they may or may not believe, but also ideas in which no one believes,” Benjamin Kerstein wrote in The Algemeiner. “Everyone, in other words, is being told by insane people to adopt insane ideas.” Insane ideas can lead to insane behavior. “Cancel culture is a dress rehearsal for mass murder,” says Stefan Molyneux. “If people accept being disappeared from social media, then they will accept people being disappeared from the world.”

Thirty years ago, it was inconceivable that the bulwark of our legal system—the presumption of innocence—would be under attack. Calling someone racist without proof is now commonplace. In this environment, you are guilty until proven innocent. In fact, critical race theory preaches that white people are guilty of racism with no chance of proving their innocence. It is part of a racial inquisition aimed at white people. That’s definitely the craziest thing I ever heard. The New York Post reports that schools across the country are teaching white students as young as six that “they’re born racist and should feel guilty about benefiting from white privilege.” The objective is to foment racial discord.

Many gullible whites are capitulating to the demand of Black Lives Matter thugs that whites should genuflect before black people. I thought this was a joke until someone showed me a video of a large crowd of whites on their knees in Bethesda, Maryland, as they were led through a mass confession of their racism. It reminded me of the Chinese Cultural Revolution where victims were forced to admit various crimes before a crowd of people who would verbally and physically abuse them.

Government agencies and corporations are holding training programs teaching white people to “undo your whiteness.” That’s probably the craziest thing I ever heard. Think about it. When they tell you to undo your whiteness, they are telling you to be intolerant of yourself. It is incredible that anyone would be stupid enough to fall for that. “As a society,” says Ben Shapiro, “we have been forced to say nonsense.” Where does it lead? Federalist Papers reports that McDonald’s executives were told their bonuses will be cut if they hire too many white men for top positions. My question is, if Harvard releases a study that 25 percent of Americans are stupid, will McDonald’s place a premium on hiring more stupid people?

The craziest thing I ever heard is that free speech is under attack. One argument favoring limitations on free speech is that many people are offended by “hate speech.” Hate speech usually turns out to be speech that contradicts the liberal playbook. “Nobody has the right to not be offended,” said Salman Rushdie, the author targeted for murder by Islamic authorities who were offended by his novels. If anyone can claim that another person’s speech is offensive and ought to be prohibited, there is no limit to the restrictions that can be placed on free expression.

Mark Zuckerberg employs censorship in order to protect us from “content that celebrates and supports violence.” An example Facebook gave in support of censorship involved claims that West Coast wildfires were started by certain fringe groups. Such claims, according to Facebook, “diverted attention from local officials from fighting the fires and protecting the public.” Facebook summarily removed 78,000 users who allegedly made such claims. Here is my reaction: If you believe the fires were started by the Marx Brothers and you post a comment on Facebook to that effect, (a) in what way are you celebrating and supporting violence, and (b) how does your post divert attention from firefighters? It is a miserable attempt by Facebook to undermine the First Amendment.

The Democrats and their media allies are telling us that questioning the 2020 election result or demanding a thorough investigation amounts to “insurrection” and “domestic terrorism” and should be suppressed. This is another direct assault on the First Amendment. Crazy as it may seem, the public forum of ideas now includes blacklisting of former Trump staffers, reprogramming of conservatives, sending Republicans to re-education camps, banning unapproved books, and the demonization of white people. This is what they did in Nazi Germany. Never in my wildest dreams did I think it could happen here.

The craziest thing I ever heard is Joe Biden’s intention to open the borders. “President Biden has declared the entire country a sanctuary jurisdiction,” said former ICE official Tom Homan. “You can commit crimes against Americans and remain here illegally,” said Jackson County, Texas, Sheriff A.J. Louderback. Mass illegal immigration will have dire consequences to the country, Homan predicted. “People will die, people will be raped, people will be victimized by criminals that shouldn’t even be here,” he said. “It’s coming.”

One of Joe Biden’s craziest ideas is allowing transgender men to compete in women’s sports and use women’s bathrooms. There is no “right” that says you can demand whatever you want. If a man decides to “identify” as a woman, it doesn’t give him/her the right to demand that everyone should celebrate that decision. Simply because a man decides he is a woman does not require everyone to go along with it. We have the right to disagree. All one has a right to expect is tolerance. The Left has confused tolerance with celebration. Tolerance for a minority should not imply that the majority must accept minority viewpoints. We can be tolerant of transgender individuals without affirming the biological integrity of their choice.

This article has merely touched the surface of rampant insanity. I don’t know what it will be, but undoubtedly something will come along next week that will cause me to say, “That’s the craziest thing I ever heard!” We are being corrupted by political correctness, identity politics, and anti-white critical race theory because we don’t stand up to them—even though we know it is all drivel. “That’s how the community becomes corrupt,” said Jordan Peterson. “People turn a blind idea to emergent pathology when they know it’s pathological.”

Some people are getting it. “If we don’t stand up to cancel culture and the mob,” said Texas A&M student Blake Martin, “we will lose this country to Neo-Marxists.” And Sen. Josh Hawley said, “The cancel culture agenda will only succeed if we let it. We need live in fear only if we choose to say nothing.” Let’s find more people like them who are willing to speak up. Our country needs a revolution against crazy ideas.