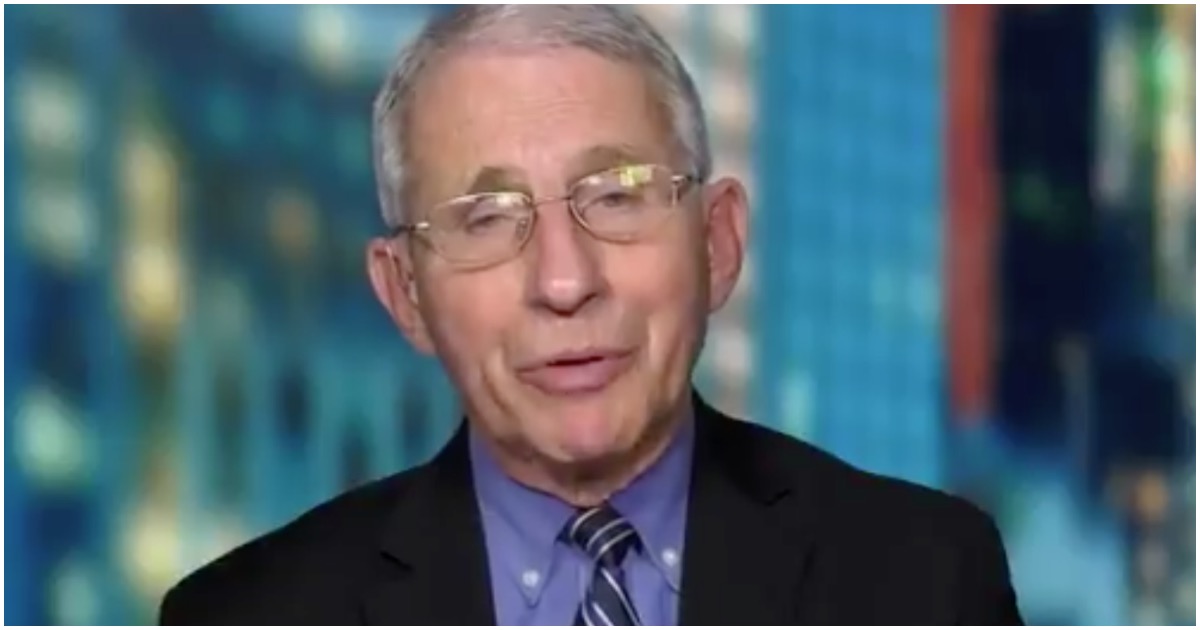 The following article, Fauci Thinks It Is ‘Inexplicable’ That Texas Is Re-Opening Businesses, Ending Mask Mandate, was first published on Flag And Cross.

Have you wondered yet how the flu just happened to magically disappear? That’s not opinion. It is fact, apparently. In the words of Matthew McConaughey’s character from “Wolf of Wall Street,” the flu is fugazi (it’s a woozy, it’s a wazzy…fairy dust).

If you still don’t believe that people are assigned covid, then you’re not paying attention. Here’s a quick example, for ya: This author knows a person who went to get tested, the place ended up taking too long so she had to leave early (without being tested) – she later received a notice that she tested positive.

Funny how that worked out, huh?

Dr. Anthony Fauci on Texas: "It just is inexplicable why you would want to pull back now." pic.twitter.com/57jMQ1xpIx

Texas’s Republican Gov. Greg Abbott on Tuesday said he planned to open the state next week “100%,” roughly a year after the coronavirus pandemic broke out throughout the U.S.

Abbott issued an executive order that rescinds many of the state’s previous orders, allowing all businesses in the state to fully reopen and revoking the statewide mask mandate as of next Wednesday.

Starting tomorrow, we are lifting all of our county mask mandates and businesses will be able to operate at full capacity without any state-imposed rules. Our hospitalizations and case numbers have plummeted, and the vaccine is being rapidly distributed. It is time!

In honor of the upcoming baseball season, let us never forget the worst first pitch in…well…maybe ever!

But it’s OK for Biden to open the border to thousands of super spreaders?

His 15 minutes of fame should have been over many months ago.

Fauci needs to go live with WHO or in China. He really has no idea what this virus is going to do. Why are there no reports of flu any more?

Anymore I could care less what Fauci says or thinks. He’s lost all credibility as far as I’m concerned.

I think that Fauci is inexplicable!

No one cares what DR. loser says, other then the other loser, drooling Joe Biteme!

It is inexplicable that anybody thinks you have any credibility left.