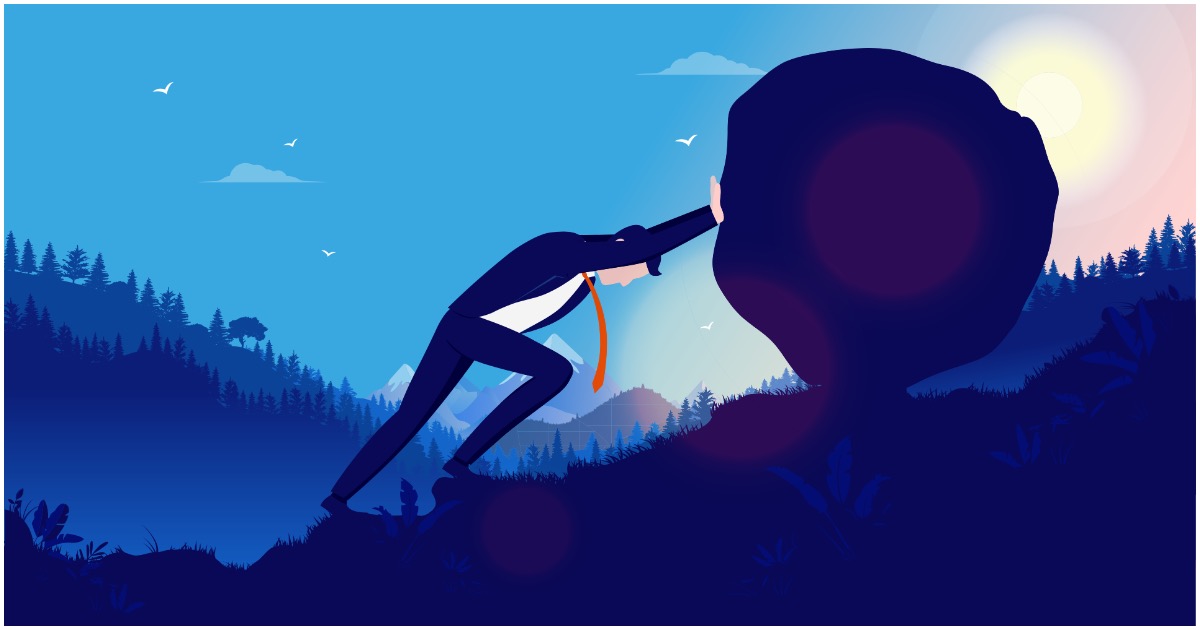 The following article, DAVIDSON: Taking On Too Much At Once?, was first published on Flag And Cross.

It’s understandable these days that many people, faced with a unique set of circumstances brought on by the lockdowns, are grappling with ways to get things done. When one attempts to take on too much at once, however, and perhaps engages in multi-tasking, the results can be quite less than satisfying.

Consider this: A magnifying glass held up at the correct angle to the sun will quicky burn a whole through a piece of paper. At the same time, no matter how much sun shines through your office window onto your desk, none of those long and tedious memos are going to catch on fire. The lack of combustibility has nothing to do with the way the manufacturer engineered this flat piece of glass.

In our current era of multi-taskers, concentration and focus are underrated. Multi-tasking is occasionally helpful and seemingly satisfying but, along with the shower of information and communication overload, represents a paradoxical impediment to getting things done. Let’s see why.

The term multitasking evolved from the computer industry, the early mainframe computers designed with parallel processes is perhaps the prime example of automated multi-tasking. Today, with the typical office professional sending or receiving more than 200 messages a day, counting all forms of communication, and all of them coming and going at shorter intervals, a generation of career professionals are being driven virtually to distraction.

Facing information and communication overload, ever-advancing technology, and more choices than anyone needs or even wants, nearly an entire workforce generation has been ‘taught’ to multitask as if this is the way it has always been, needs to be, and always will be. We offer our attention here, there, and then somewhere else. Like a one-man band, we get our strokes from strumming the guitar, tapping our foot, and blowing on the harmonica.

Too often, we equate flapping our wings, stirring up a lot of commotion, and making a lot of noise with accomplishment. We can barely tolerate stillness. For many, silence doesn’t appear to be golden, it seems more like a dark space. Undivided attention is a term that has fallen out of popular use.

Generally, we feel guilty if we don’t multi-task! We contemplate our increasing workloads and responsibilities and how they are subject to continual shifts, and justify multi-tasking as a valid response to a world of flux.

The Task at Hand

Despite the temptation to do otherwise, focusing on the task at hand is vital to getting things done. Whether there’s a handful of tasks confronting you, or ideally only one, give all your time, attention, energy, focus, concentration, effort, and all that good stuff to the task at hand, and then turn to what’s next.

Multi-tasking seemingly enables one to achieve time-saving benefits, but does it? While some people remain relatively unscathed by multi-tasking and can get as much done in the course of the workday, most people suffer in ways they don’t even understand.

Rather than increasing their productivity, multi-tasking diminishes it. They make more mistakes. They leave too many things undone. Their quality of work is not what it could be. And the list of potential hazards of multi-tasking is beginning to grow. Are you a victim to any of the following:

* Gaps in short-term memory?
* Loss of concentration?
* Problems communicating with co-workers?
* Lapses in attentiveness?
* Stress symptoms such as shortness of breath?

When multi-tasking, sometimes your brain can go into a crash mode. This is characterized by not being able to remember what you just said or did, or what you’re going to do next! This has been termed “having a senior moment,” but it’s no joke and it doesn’t only happen to seniors.

Professor David Meyer at the University of Michigan has established a link between chronic high-stress, multi-tasking and loss of short-term memory. “There is scientific evidence that multi-tasking is extremely hard for someone to do, and sometimes impossible,” he says. Then, the time lost switching between tasks tends to increase the perceived complexity of the tasks and often results in making a person less efficient than if he had chosen to focus on one task or project at time.

Research conducted at the National Institute of Mental Health confirms that when the brain has to juggle several tasks at once or in rapid succession, it has to overcome “inhibitions” that it put in place to cease doing the task. It’s as if the brain is taking its foot off the break.

Focus and concentration will be your keys for getting things done. Multi-tasking, as it is popularly understood and practiced, is not your answer. It is expensive in terms of the level of stress induced and the rise in errors and, hence, can actually hamper productivity.

Continue reading: DAVIDSON: Taking On Too Much At Once? ...