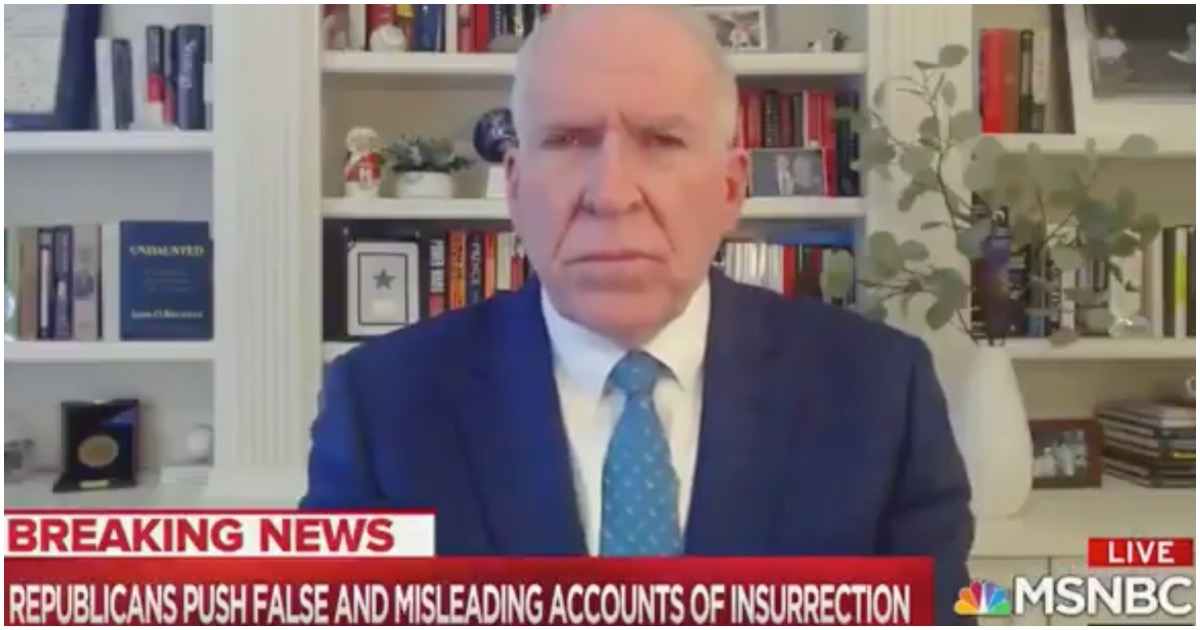 The following article, Obama’s CIA Director Is Constantly Embarrassed To Be A White Male, Praises Romney, was first published on Flag And Cross.

And a beta male.

And just a complete and total (enter four-letter word here)!!

Former CIA Director John Brennan lamented his own Whiteness on Monday, suggesting that other men of his race were acting in embarrassing ways.

The mainstream media made it clear to the American people that Russia wanted Donald Trump to become president (which never fully made sense) and that his 2016 campaign colluded with the Russian government.

Beyond any shadow of a doubt, we know that collusion was a complete hit job on the part of the Obama administration and Team Hillary.

As it turns out, Russia wanted Hillary to win.

If they didn’t, then why did Brennan suppress information about just that?

Fox News chief White House correspondent Ed Henry said Tuesday evening that “it could get sticky” for Brennan, who served as CIA director under President Barack Obama, due to his role in developing the 2017 intelligence community assessment on Russian election interference that determined with “moderate” to “high” confidence that Russian President Vladimir Putin and the Kremlin sought to boost Trump’s 2016 election chances.

The man is a national embarrassment.

Only a American hating obama would have put a brennan in control of the CIA. But then look at the other America-hating people obama placed in power.

We are was also ashamed that you belong to our Race as well as you belonging to the Human race! Perhaps you would consider becoming a Snake which you already closely resemble in action and deeds!

And just Think this man was incharge of the CIA. Guess what I am white Male and proud of it. This is the way GOD made me.

Consider the source: a corrupt, lying individual of Irish descent who converted to islam. An Irish muslim. That _should_ make him embarrassed, no matter what color his skin is. It makes a person wonder why such a person would convert to islam – because it allows, even encourages domestic abuse against women? Because it allows sex with children? Because “wise” leaders of islam such as the Ayatollah Khomeini wrote that sex with even an infant is OK, as long as there is no vaginal penetration, but sodomy is acceptable? That sex with animals is OK? Ayatollah Ruhollah Khomeini – Excerpts… Read more »