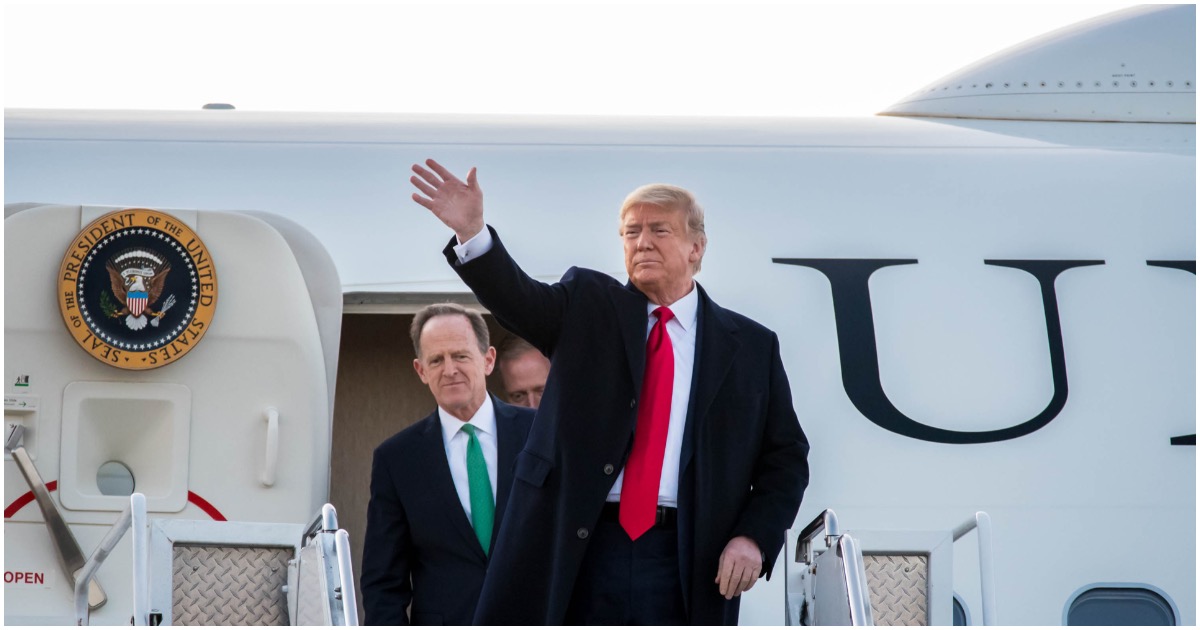 The following article, Confirmed: Trump Asked for 10,000 Troops In DC Before Capitol Riot, But Pelosi Said No, was first published on Flag And Cross.

The radically far-left Democrat Party has constantly found itself on the wrong side of history, whether we’re talking about slavery, the civil rights movement, or science (in general).

When Nancy Pelosi’s political career is over, the MSM will hold her in great esteem – probably even demand her bust on Mount Rushmore.

In reality, the facts will tell a completely different story.

Former President Donald Trump says he was concerned days before the Jan. 6 riot at the Capitol about the size of the crowd expected near the Capitol and requested 10,000 National Guard troops to be deployed, but that his request was rejected because House Speaker Nancy Pelosi and other leaders did not like the optics.

“I requested, I said this rally will be bigger than anything thinks,” Trump told Fox News’ Steve Hilton on “The Revolution” Sunday night, in an interview airing after his CPAC speech. “Everyone said we’ll be at the rally. It was, I think, the largest crowd that I have ever spoken to before. I have spoken to big crowds, hundreds of thousands of people, more than that, but hundreds of thousands of people.”

Trump said he “gave the number” to the Department of Defense that 10,000 members of the National Guard would be needed.

“They took that number, from what I understand, they gave it to people at the Capitol, that is controlled by Pelosi, and I heard they rejected it because they didn’t think it would look good,” said Trump.

What are the odds Pelosi knew something was going to happen on January 6 so she could put all the blame on POTUS?

Continue reading: Confirmed: Trump Asked for 10,000 Troops In DC Before Capitol Riot, But Pelosi Said No ...

What did Nancy know and when did she know it. Did Antifa advise her of the riot?