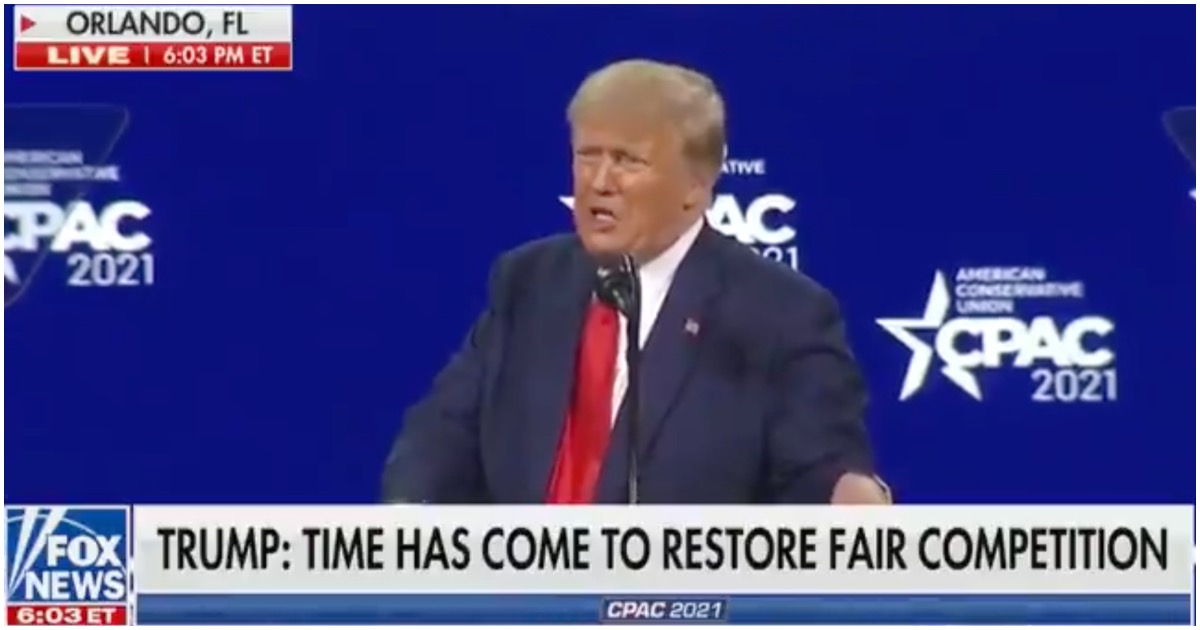 The following article, Trump Vows to Go After Liberal Republicans In 2022, Mentions Each of Them By Name, was first published on Flag And Cross.

Witnessing President Trump give a speech in public for the first time since leaving office on January 20 was a welcome sight for millions and millions of Americans.

Trump has only been gone from 1600 Pennsylvania Ave. for just over a month, but we all knew he wouldn’t stay quiet for long.

During part of his CPAC speech on Sunday, The Donald called out every Republican who came out against him.

And he didn’t hold back!

President Donald Trump announced on Sunday during his speech at CPAC that moving forward, he was going to work on getting certain kinds of Republicans elected to office, and he named specific Republicans in the House and the Senate that he will likely be targeting.

Trump said, “Instead of attacking me and, more importantly, the voters of our movement, top establishment Republicans in Washington should be spending their energy in opposing Biden, Pelosi, Schumer, and the Democrats. I’ve said to some of them, I said, you know, during the Obama years and now during Biden, if you spent the same energy on attacking them, you’d actually be successful.”

Former President Trump calls out every GOP member of the House and Senate that voted to impeach/remove him from office.

He then calls Rep. Liz Cheney a "warmonger. A person that loves seeing our troops fighting." #CPAC pic.twitter.com/4VLp3Vg5os

Continue reading: Trump Vows to Go After Liberal Republicans In 2022, Mentions Each of Them By Name ...

Good for Trump naming names on the RINO backstabbers. There are many, many more who were not named that should have been.
Part of the problem appears to be Obama leftovers in every government agency, all working hard to destroy everything Trump and America. They must be well protected as they are still there.

If votes for conservatives are even counted in any future election, it’s necessary to vote out the rinos in your primary elections. Have to remember that the worse republican is better that the best democrat (is that a oxymoron-best democrat) as republicans must have the majority in the house & senate to have ‘any’ control.