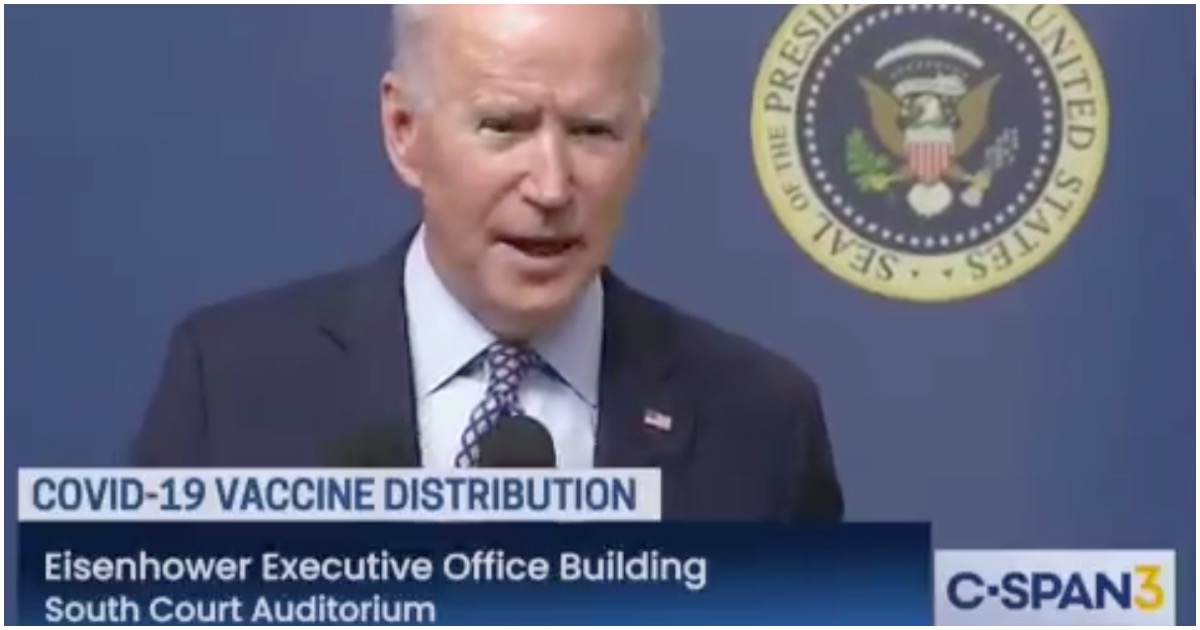 The following article, Biden Is Asked About Promise of ‘Immediate’ $2000 Pandemic Checks, Walks Away (Watch), was first published on Flag And Cross.

What kind of person votes for a guy who they know, deep down, that he’s doing nothing but lying to them? Not only that, but a man who promised open borders and “free” healthcare for all and higher taxes?

What goes through a person’s mind to make them think that any of that is okay?

Democrat President Joe Biden refused to answer a question from a reporter on Thursday about his unfulfilled promise last month that if Democrats won the Senate, he would have $2,000 stimulus checks going out the door “immediately.”

“Mr. President, whatever happened to your promise from 7 weeks ago that if Democrats [flipped] the Senate that checks were going out the door?” Fox News reporter Peter Doocy asked. Biden refused to answer the question.

Democrat President Joe Biden refuses to answer Fox News reporter Peter Doocy’s question about his campaign promise that if Democrats won the Senate then $2,000 stimulus checks would “go out the door immediately.”

It’s been 7 weeks and Biden has failed to follow through. pic.twitter.com/Z7OUhJZOSJ

Zlatan Ibrahimovic Says LeBron Should Stay Out Of Politics, 'Do What You're Good At' https://t.co/hrM3BTUy5p

Sen. Moran has criticized Trump in the past for his claims of election fraud and for not "immediately discouraging the reprehensible behavior” at the Capitol on Jan. 6 pic.twitter.com/VNOuyQcMlH

Smart People Parked On A Frozen Lake In Russia But Then Something (The Sun) Unexpected Happened https://t.co/fBqWy0PZov pic.twitter.com/YLmqdf5yiF

Hey !! You folks in Georgia, those of you who sold your soul and your country for a promised $2,000 check if you voted for Biden. Have you received your check yet ?