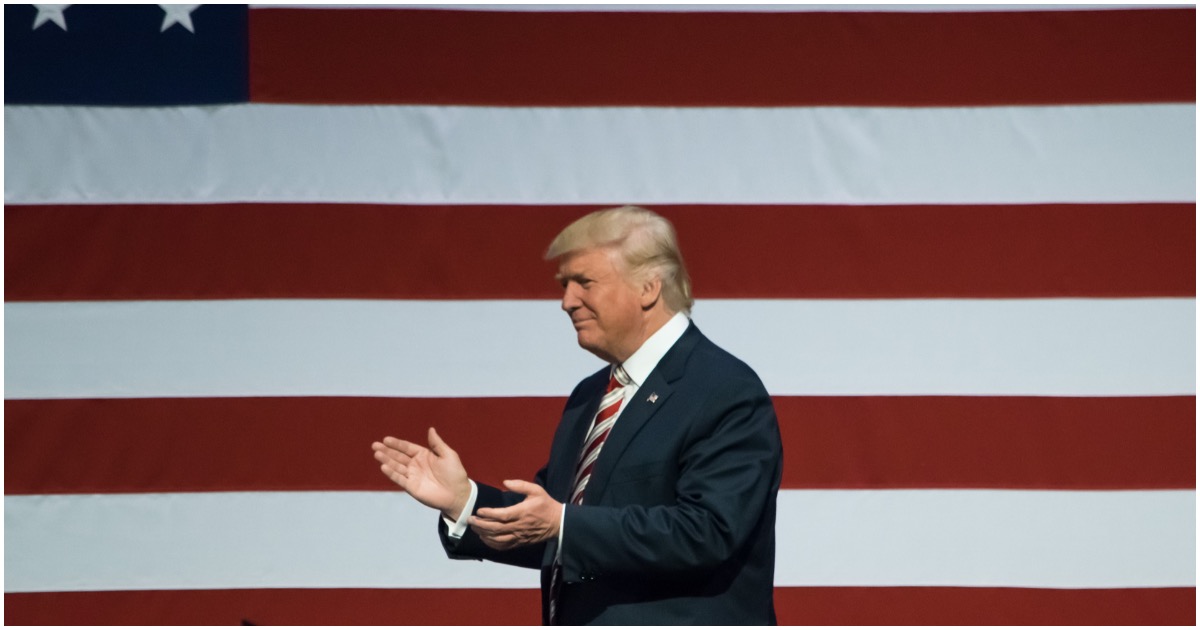 The following article, Trump to Say He Is ‘Leader’ of GOP & Presumptive 2024 Frontrunner In CPAC Speech, was first published on Flag And Cross.

He might be the most popular and most hated president of all time. He might wind up being the second man to serve two non-consecutive terms in the White House (Grover Cleveland, 22nd & 24th president).

We’ll all have to wait and see if Donald Trump runs for POTUS again in 2024, but all signs point to…DUUUHHHHH!!

Former president Donald Trump will claim he is the leader of the Republican party and its “presumptive 2024 nominee” when he makes his first public appearance since leaving office during the Conservative Political Action Conference next weekend in Orlando, according to a report.

A longtime Trump adviser told Axios his CPAC speech will be a “show of force,” and said the message will be: “I may not have Twitter or the Oval Office, but I’m still in charge.” The source reportedly added that “payback is his chief obsession.”

According to Axios, Trump is expected to go after the ​10 House Republicans who voted to convict him in his impeachment trial, spurred by the Jan. 6 riot at the U.S. Capitol, and the seven GOP Senators who voted with Democrats to convict.

What say you of “Trump 2024” based on his response in the clip below?

2024?: Donald Trump on whether he will run for president again, "I won't say yet, bet we have tremendous support." @GregKellyUSA https://t.co/VlT7z8drtO pic.twitter.com/pZUxftFBR5

: The former President speaks out about being permanently suspended from Twitter: "I understand it's become very boring." @gregkellyusa https://t.co/VlT7z8drtO pic.twitter.com/7uRkezJP5j

Continue reading: Trump to Say He Is ‘Leader’ of GOP & Presumptive 2024 Frontrunner In CPAC Speech ...

I”m all in for President Trump but perhaps a better idea is for someone with Trumps beliefs, attitude, and drive along with his conservative agenda would be a better fix in 4 years; someone Trump would back & push. Perhaps one of his sons. Trump will be biden’s age in another 4 years?