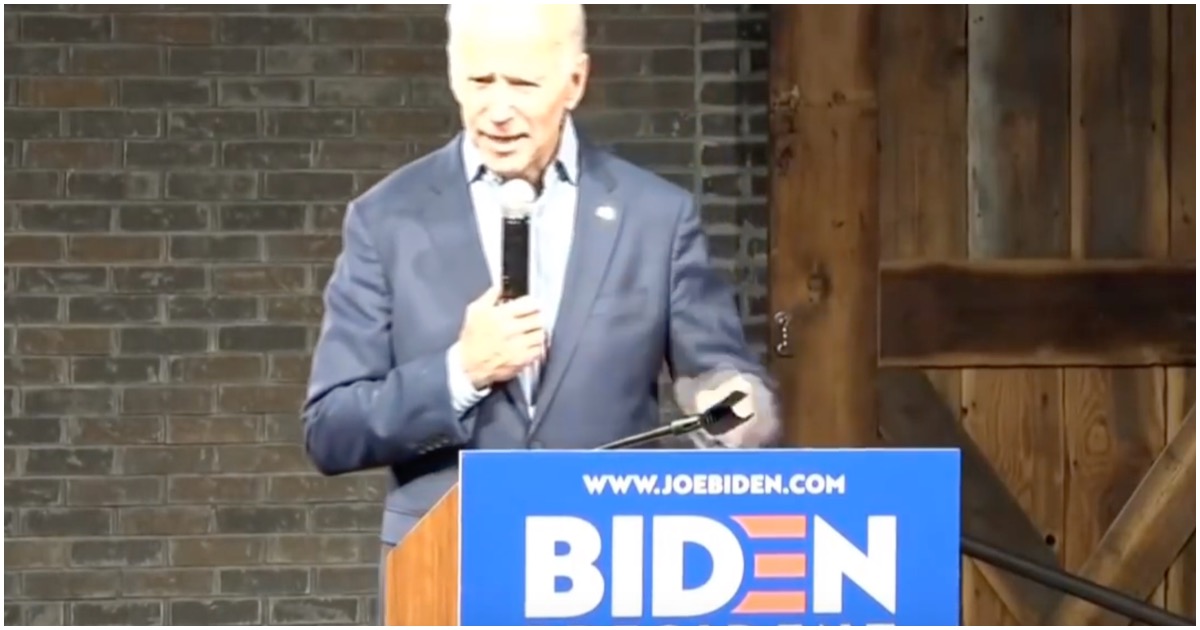 The following article, Flashback: Joe Boasts About Helping ‘Women of Color’ from ‘the Hood’ Learn to Code, was first published on Flag And Cross.

*Originally published May 2019* Although Joe Biden firmly remains the 2020 Democrat frontrunner, he may not find himself in that position for very long. Day after day, year after year, the former vice president finds a way to commit a bigger gaffe.

Biden said, “Through a program we had, through community colleges, we said look put together a program for us where we can teach people how to code. We went out, literally into the hood, and they found, turns out, 54 [individuals], they happened to be all women, the vast majority were women of color, no one with more than a high school degree, aged 24-to-54, and almost a third of them only had a GED.”

While campaigning for Democrat Senator Heidi Heitkamp in North Dakota in 2018, Biden suggested her opponent, Republican Rep. Kevin Cramer, be beat up.

Continue reading: Flashback: Joe Boasts About Helping ‘Women of Color’ from ‘the Hood’ Learn to Code ...