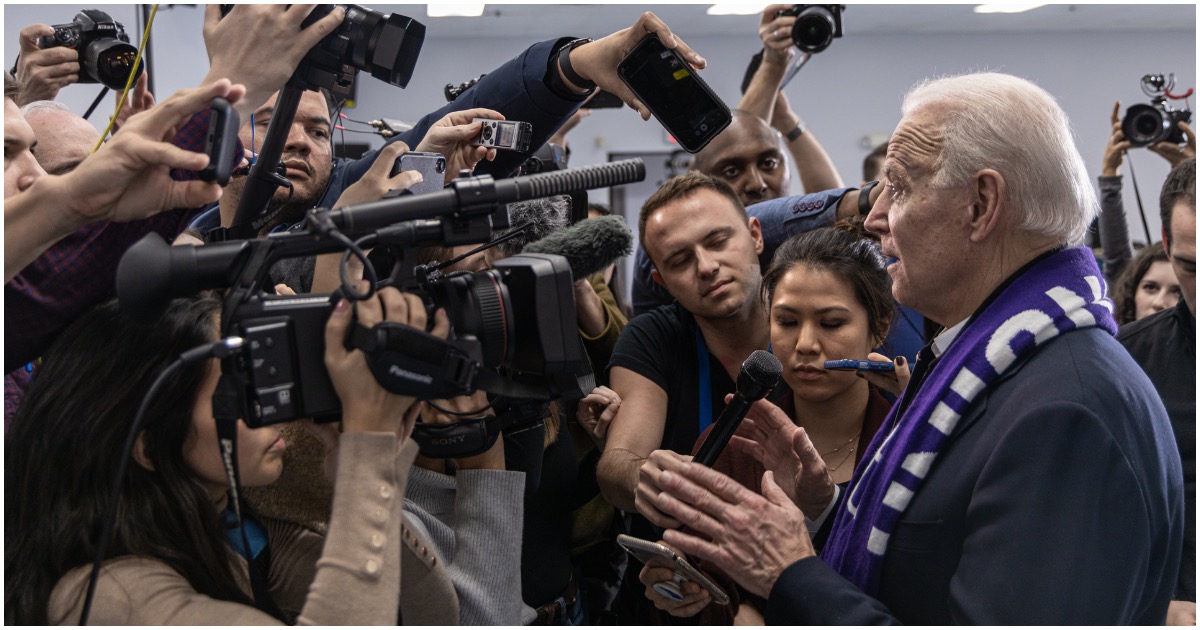 The following article, Biden Blames Former Cops & Military Members for ‘Growth’ of White Supremacy In US, was first published on Flag And Cross.

There are not nearly as many white supremacists in the United States that liberals want people to believe. Not even close, really. Racism against whites, that is certainly real.

If Biden and his ilk are allowed to keep pushing nonsense like this, all they will do is continue to divide the country.

But that’s the whole point, now isn’t it??

Milwaukee, WI – President Joe Biden blamed former military and law enforcement officers for the growth of white supremacy in the United States during a town hall in Milwaukee on Tuesday.

President Biden was asked during the Feb. 16 session how his administration would address the threat to the United States from “Americans who embrace white supremacy and conspiracies that align with it.”

Joe rambled, “And you see what’s happening — and the studies that are beginning to be done, maybe at your university as well — about the impact of former military, former police officers, on the growth of white supremacy in some of these groups.”

President Biden says White supremacists are the greatest domestic terror threat in the US: "It's complex, it's wide-ranging and it's real." #BidenTownHall https://t.co/P1CFPNzLBl pic.twitter.com/dygwnLuXe1

The more the government gives away free stuff to minorities and others the more normal folks are going to despise those people. So think about it Joe you are the problem not the solution.

You didn’t think he would blame BLM or Antifa did you ?

Anyone wanna’ tell me what the current definition of “White Supremacy” is?

Anyone who is white.

Actually it’s those former military & police members that are causing/showing patriotism in America, along with millions of other conservatives. Meanwhile we people like china-joe trying so hard to destroy America by causing division.