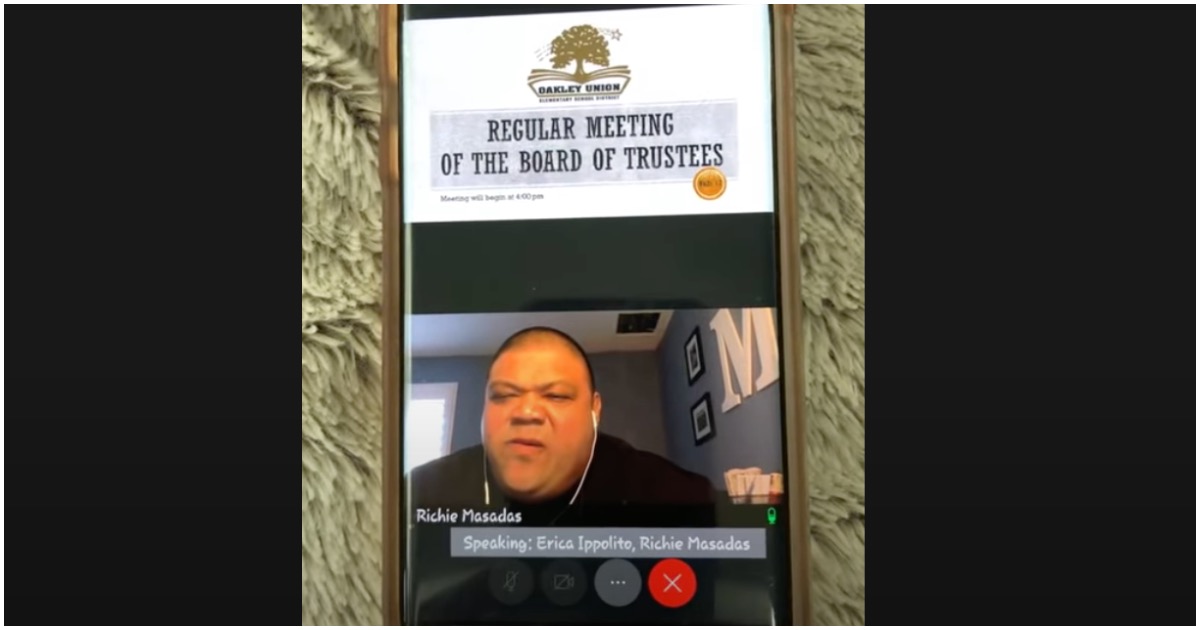 The following article, School Board Members Caught on Camera Mocking Parents, Now All of Them Have Resigned, was first published on Flag And Cross.

Play stupid games, win stupid prizes. For example, if you’re in the public eye (for any reason whatsoever) you should know that someone is filming you at all times.

Even if you know you’re on camera, you kind of automatically have to assume the tape will get leaked. Hardly anything is really private, these days.

The president and three other members of a Northern California school board resigned Friday after reports that they made mocking comments about parents during a public video meeting about reopening schools.

The resignation of President Lisa Brizendine of the Oakley Union Elementary School District was confirmed to Fox News by Schools Superintendent Greg Hetrick.

The other members — Kim Beede, Erica Ippolito and Richie Masadas — who constitute the rest of the board, resigned later Friday, FOX 2 of the Bay Area reported.

Continue reading: School Board Members Caught on Camera Mocking Parents, Now All of Them Have Resigned ...