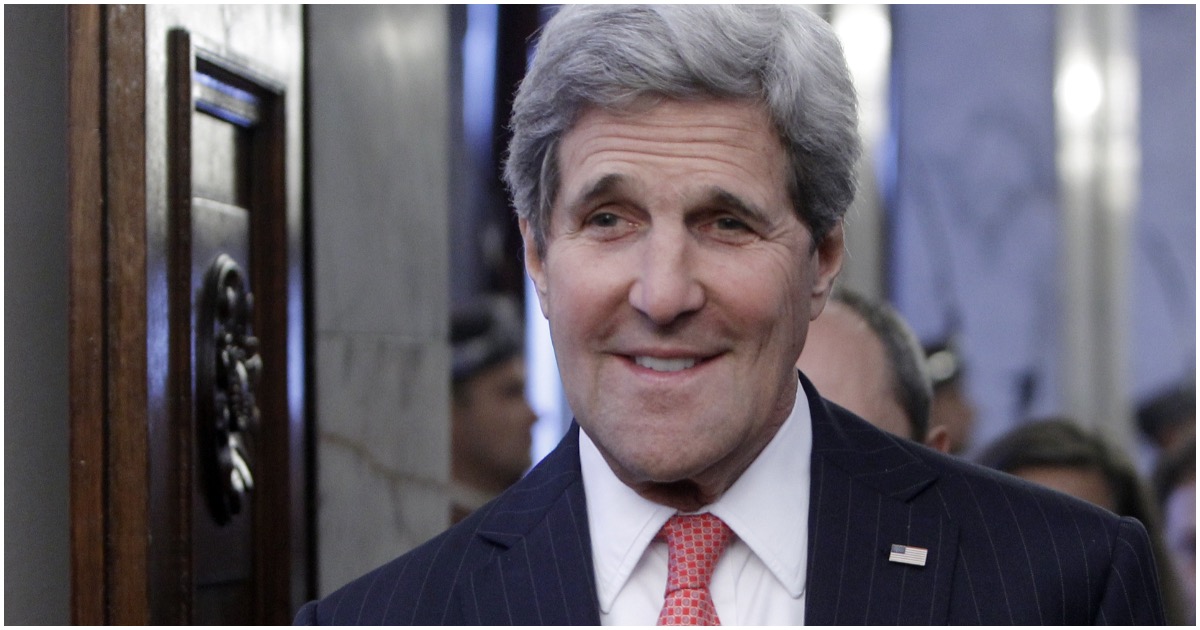 The following article, John Kerry: Cold Weather Is Due to Global Warming, Only 9 Years Left to Save Earth (Watch), was first published on Flag And Cross.

Lefties are just bad at, well, everything – especially when it comes to predicting the future. Never forget, people like John Kerry are getting paid by we the taxpayer to explain “climate change” while flying around the world in a private jet.

These people can’t help themselves.

They weren’t taught the right way.

John Kerry, the White House’s special envoy on climate, warned Friday that the U.S. only has less than a decade left to avoid the worst of a climate catastrophe.

“Around 2030 is the date at which we have to get the world now on the right path in order to cap the level of warming at that level of 1.5 [degrees celsius],” he said at a Munich Security Conference.

“The scientists told us three years ago we had 12 years to avert the worst consequences of climate crisis. We are now three years gone, so we have nine years left,” Kerry later told CBS News.

WATCH: John Kerry, Climate Envoy to the Biden administration, says we have 9 years left to save the planet. pic.twitter.com/ZfvbqaLPSE

Continue reading: John Kerry: Cold Weather Is Due to Global Warming, Only 9 Years Left to Save Earth (Watch) ...

Man can not buy it’s way out of climate change.Only god can change the climate. and the Green in new green deal is for money not the Climate. And it is all about who’s pocket it is going in.

No worry mate, aoc gave the world 10 years before it was going to end and that was 2 years ago, so kerry’s 9 years doesn’t matter, right…..

John has to poop and it’s coming out of his mouth. He has one alliance , Iran . Does anyone see a pattern here ? When the USA is dependent on foreign oil democrats steal tons of money. . As you see commie Joe wants to steal his share . Has nothing to do with the environment it’s all about money and stealing from you the taxpayers . Trump made American energy independent . The new world order doesn’t want that . They want everyone dependent on terrorist