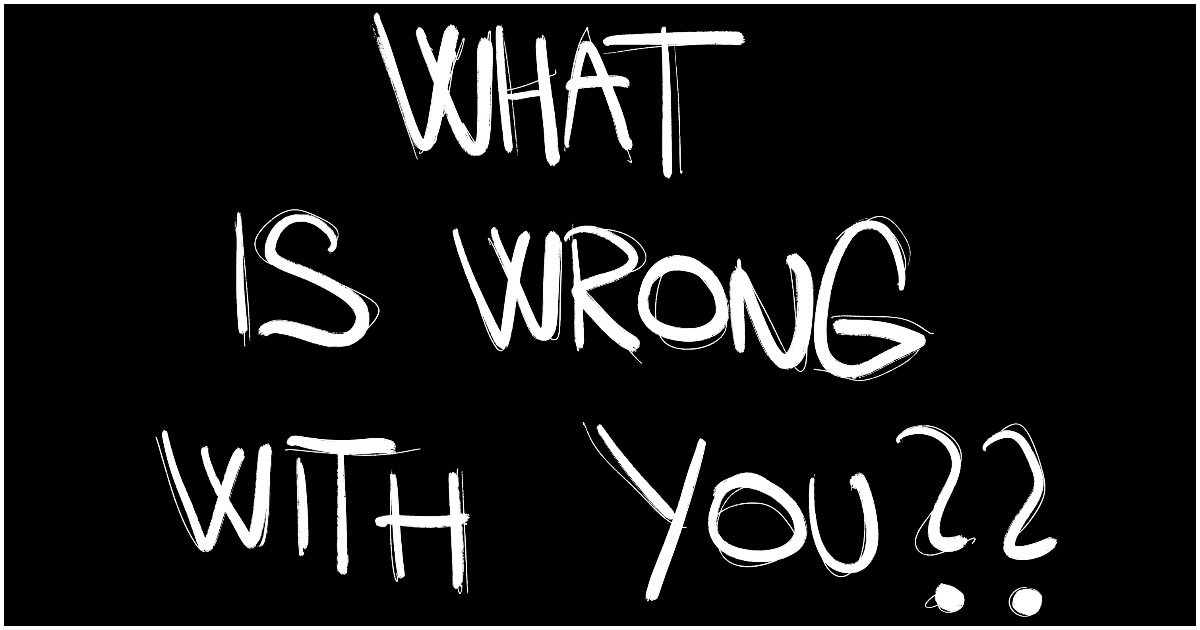 The following article, Elected Official From Michigan Openly Mocks, Laughs After Learning of Limbaugh’s Passing, was first published on Flag And Cross.

Who would be sick enough in the head to laugh when a person dies? What does it matter if you had the same political views or not? Where is the humanity that lefties are always preaching?

Do Democrats think Republicans are going to celebrate when Obama or Biden passes away? Because that certainly won’t happen.

It’s just a shame that these people are so twisted.

MIDDLEVILLE, Mich. (WOOD) — Talk show radio host Rush Limbaugh is proving controversial even following his death as a Barry County official is under fire following her reaction to the conservative icon’s passing. 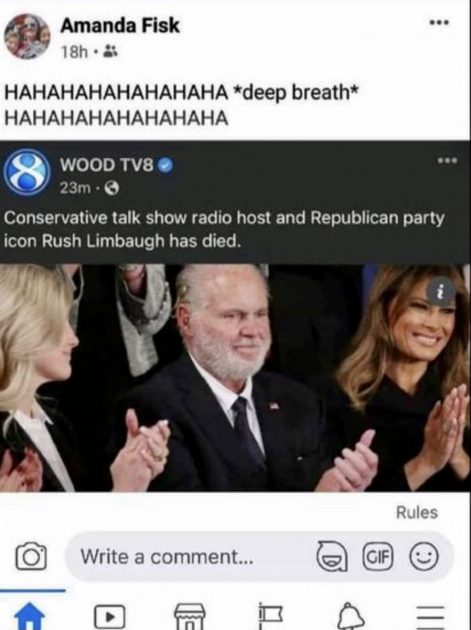 Fisk has since deleted the post and told Fox 17 “her words are in no way affiliated with staff or the village itself.”

“I’m not a public figure of the township,” she said, which is the municipality that encompasses the village.

She has to be total scum.