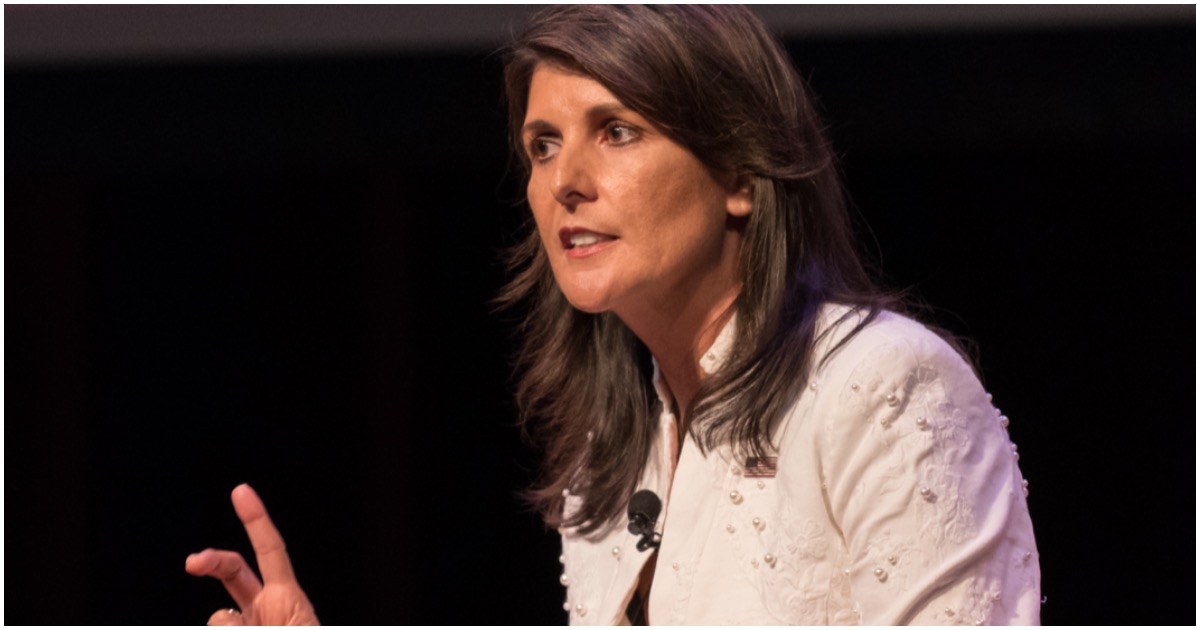 The following article, ICYMI: Nikki Haley Says Trump ‘Let Us Down’ — ‘Shouldn’t Have Followed’ His Lead on Fraud, was first published on Flag And Cross.

After leaving her post as governor of South Carolina to become United Nations ambassador at the beginning of the Trump administration, many people believed Nikki Haley to be on a path to the White House.

After her latest comments about President Trump, though, she may no longer be considered a frontrunner with conservatives.

Former U.S. Ambassador to the United Nations Nikki Haley issued stunning remarks breaking with former President Trump, telling Politico in an interview published Friday that she believes he “let us down.”

Haley’s remarks are her strongest yet against the former president in the aftermath of the Jan. 6 Capitol riot and come as Trump’s legal team is set to present its defense of Trump on Friday in his second Senate impeachment trial.

The House impeached the former president for a second time shortly after the insurrection, saying his unsubstantiated claims of widespread voter fraud following his election loss to President Biden and his comments earlier that day incited the mob that stormed the Capitol.

It is probably safe to assume that Haley will not be a part of Trump’s second term in the White House, when he inevitably wins again in 2024.

So what motivates her to take such a drastic move in the very face of undisputed but disallowed on leftist media evidence and sworn testimony.