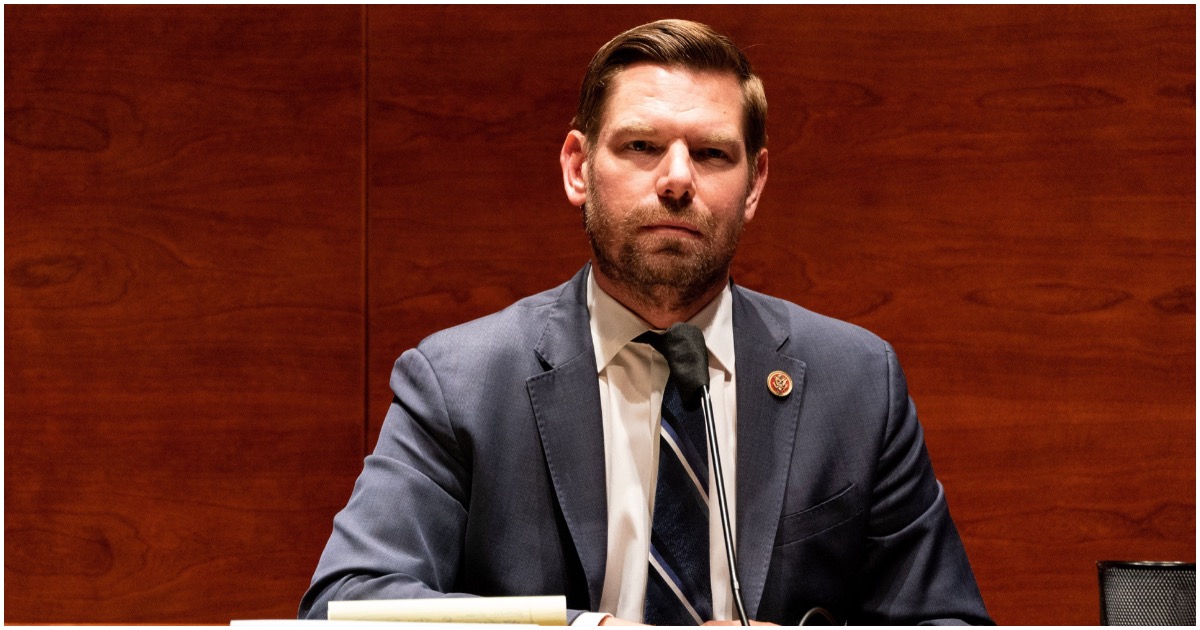 The following article, ‘GOD Herself’ — Russia Truther Eric Swalwell Goes On MSNBC, Says God Is A Woman, was first published on Flag And Cross.

“If we ever forget that we’re one nation under GOD, then we will be a nation gone under.” That’s a quote from America’s 40th president, Ronald Reagan.

We may not have forgotten entirely, but we’re getting closer and closer with each passing day.

Check out the latest from the dude who was sleeping with a Chinese spy; the same guy who pushed Russia collusion nonsense for years, via The Daily Wire:

Rep. Eric Swalwell (D-CA) implied God is a woman during a Saturday interview on MSNBC about the recent impeachment trial of former President Donald Trump.

He stated, “So we could have called God herself, and the Republicans weren’t going to be willing to convict, so we’re proud of the case we have put forward.”

.@RepSwalwell on impeachment failure: “We could have called God herself and it would not have” swayed McConnell pic.twitter.com/y3v7gw3geq

Check this out, via Right Scoop:

Last night we posted Tucker Carlson exposing how the Chinese have people in influential places in America and have used those people to influence past administrations. Well today, Axios has a big report out today on how a Chinese spy actually targeted Democrats like Eric Swalwell and Tulsi Gabbard, among others.

Tucker Carlson rips into @RepSwalwell for accusing President Trump of being an agent of Russia after having had a relationship with a Chinese spy:

"It’s always those who have the most to hide who attack other people for the very things they’ve done." pic.twitter.com/IT0P3whTFH

The suspected operative, a Chinese national named Christine Fang, enrolled as a student at Cal State East Bay in 2011.

Fang’s friends and acquaintances said she was in her late 20s or early 30s, though she looked younger and blended in well with the undergraduate population. pic.twitter.com/cDhp8s8CTa